Cauthen joined the Tennessee Air National Guard in 1984 to be something bigger than himself. He credits his dad for inspiring him to join.

“My Dad was a pilot and served in the 134th Fighter Interceptor Group, which later became the 134th Air Refueling Group, from 1958-1983,” said Cauthen. “I wanted to serve my country and state and fly airplanes. Dad made it seem like so much fun and he really enjoyed the camaraderie with those he served alongside.”

Cauthen said he grew up playing sports and he “really enjoyed the team aspect of everyone working together for a common purpose.” He said that along the way he found being in the Air National Guard was not just being part of a team, but also part of a family.

Cauthen earned a Bachelor of Science degree in Civil Engineering from the University of Tennessee in Knoxville in 1984 and earned his commission from the Air National Guard Academy of Military Science later the same year.

Throughout his career, he said there were several special events that took place along the way but commanding the 134th stood out the most.

“You spend your entire military career preparing for command and although I had previously served in squadron and group command assignments, there’s nothing that compares to the challenges and responsibility of Wing Command,” he said.

According to Cauthen, serving in the Air National Guard was a family tradition. It is also a tradition he wants to share with possible future Airmen.

“It’s a great way to serve your country and state; there are many specialties that pay high bonuses for enlisting, outstanding benefits like free college tuition and low-cost health insurance,” said Cauthen. “You get to learn valuable skills that translate into high demand civilian jobs, and you’ll learn leadership skills that civilian employers desire. I can’t over-emphasize the sense of teamwork and serving a greater purpose.”

After retiring, he plans to spend more time with his family. He also wants to be more involved with the local community.

“I plan to do some volunteer work with the Employer Support of the Guard and Reserve, get more involved with the East Tennessee Military Affairs Council, play more golf, and do some General Aviation flying,” said Cauthen.

Cauthen lives in Jefferson City with his wife, Penny. They have two children and one grandchild. 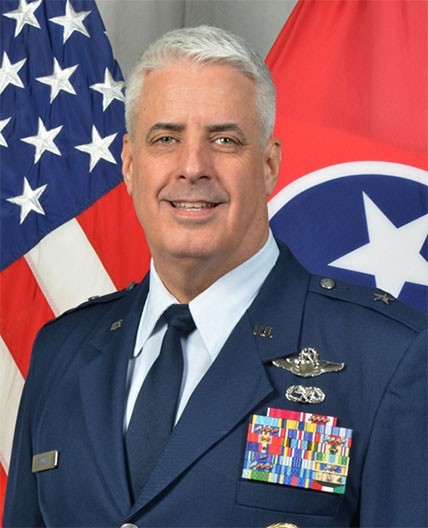