“Col. Stewart is a committed Soldier, volunteer, and Tennessean,” said Holmes. “He is a talented leader with more than 33 years of experience in the Tennessee National Guard and multiple combat deployments. I look forward to the State Guard’s future accomplishments under Kevin’s leadership.”

Stewart will assume command from Brig. Gen. (Tenn.) Juan R. Santiago, who has been the commander of the State Guard since December 2020.

“Santiago has done an amazing job as the State Guard commander for nearly two years,” said Holmes. “His troops have been invaluable to the state while they supported COVID-19 testing and vaccinations as well as provided relief to Humphreys County following the flash flood last year. It is a great loss to our state, but his retirement is well deserved after spending more than 32 years in uniform.”

Santiago served in the military as a member of the U.S. Air Force, U.S. Air Force Reserves, and the Tennessee State Guard. He is a veteran of Desert Storm and served as an Information Technology (Cyber) Officer for the Air Force. He is also the Executive Director of the State Guard Association of the United States.

Tennessee Code Annotated 58 1-401 establishes the State Guard in law and authorizes the Governor to enlist, organize, maintain, and equip a volunteer defense force. It consists of more than 500 personnel and is headquartered in Nashville. 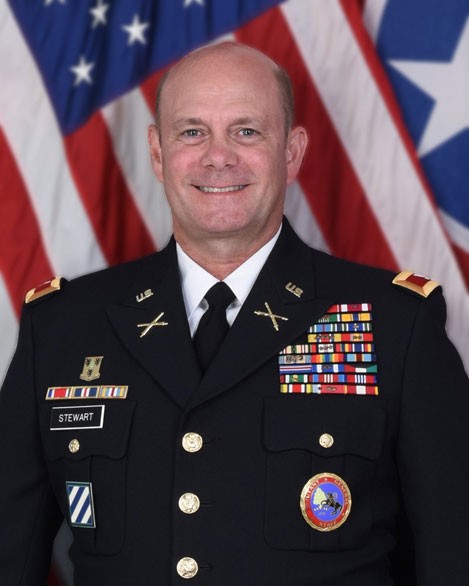 Retired Col. Kevin Stewart has been appointed as the new commander of the Tennessee State Guard by Gov. Lee.  He will assume command and be promoted to Brigadier General (Tenn.) during a ceremony at Nashville’s Joint Forces Headquarters on Oct. 1. (Official Army Command Photo)