The Tennessee National Guard will continue to work with local and state emergency management officials to assist in rescue efforts and will regularly provide public updates. 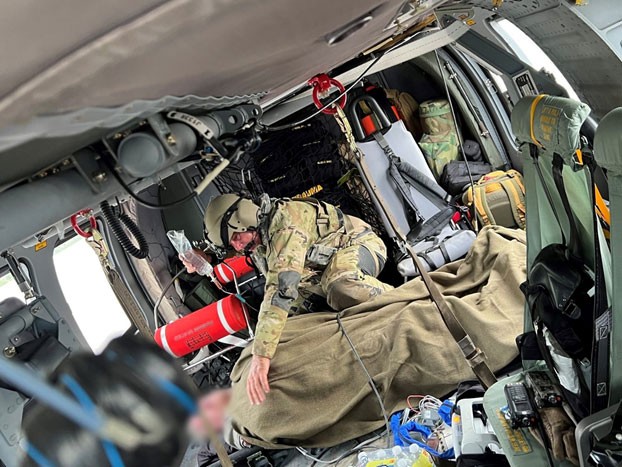 An aircrewman from the Tennessee Army National Guard comforts a patient rescued from the flooding in eastern Kentucky while being flown to a local hospital, July 28. (submitted photo) 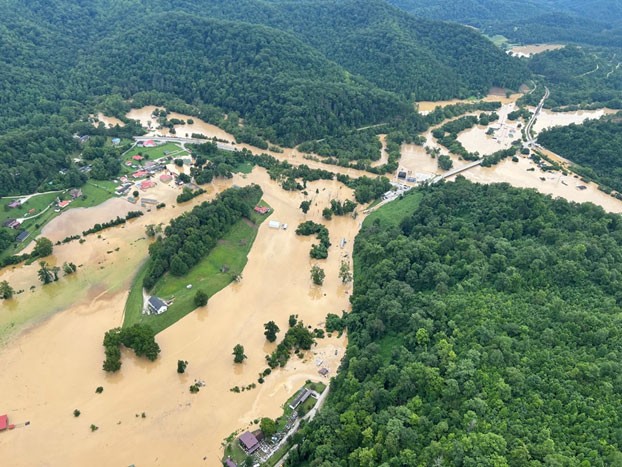