At approximately noon yesterday, the Tennessee Military Department and Tennessee Emergency Management Agency were notified of a hiker needing evacuation from the LeConte Lodge on Mount LeConte, near Gatlinburg, and requiring immediate medical care.

A UH-60 Blackhawk helicopter from the Tennessee National Guard’s Detachment 1, Company C, 1-171st Aviation Regiment, based in Knoxville, assembled in under an hour and launched to the incident site at approximately 12:45 p.m.

At 1:03 p.m., the aircraft arrived at Mount LeConte, but cloud cover on the mountain prevented the aircraft from reaching the LeConte Lodge. Rescuers on the ground then transported the hiker down the Alum Cave trail to get below the cloud layer so the aircraft could pick up the hiker. Within 10 minutes, the aircraft made visual contact with the rescuers, and the flight crew began rescue hoist operations.

Banta, was lowered by hoist to the hiker, performed a medical assessment, and the prepared them both to be hoisted into the helicopter. Unfortunately, clouds began to envelop the pick-up site and the aircraft had to depart for safety. After seven minutes, there was a break in the cloud cover and the aircraft returned to the pick up site and hoisted Banta and the hiker safely into the helicopter.

Once onboard, the flight crew continued medical aid while enroute to the University of Tennessee Medical Center in Knoxville. The hiker was safely delivered to the hospital after a 12-minute flight. 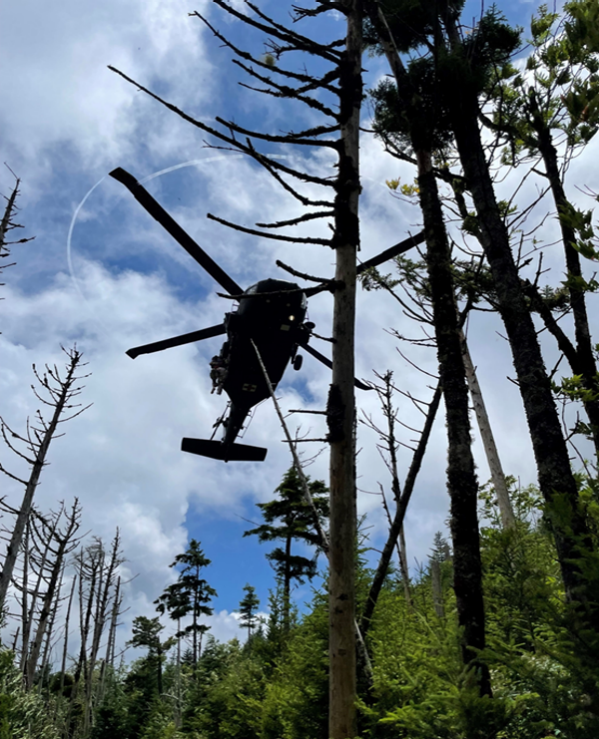 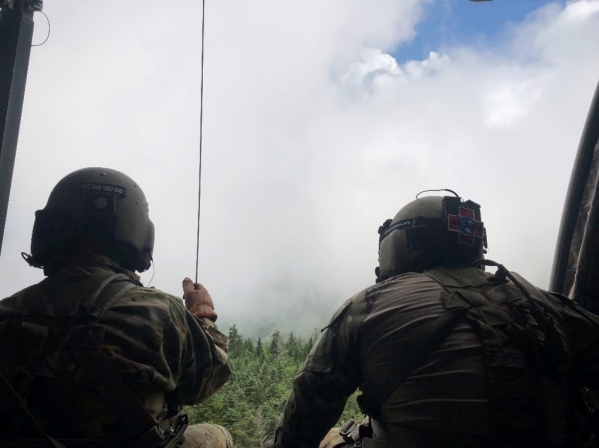 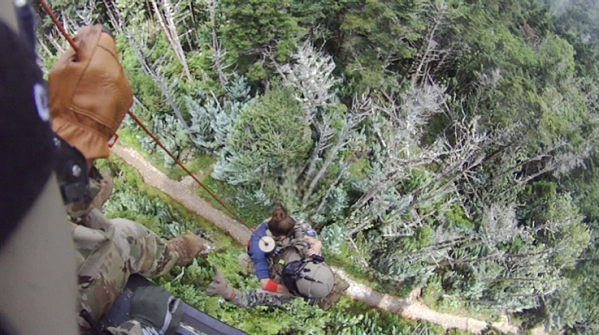