Each year, the Children’s Emergency Care Alliance of Tennessee hosts a statewide award ceremony recognizing heroic actions of Emergency Medical Service personnel across the state. Typically, recipients are chosen from one of the eight recognized EMS regions in Tennessee. This year, a new category was introduced for organizations outside those EMS regions who also support emergency rescue.

“We wanted to broaden our reach of this award because there are some organizations, like the Tennessee National Guard, who routinely perform life-saving mission for citizens across the state every year,” said Oseana Bratton, Comprehensive Regional Pediatric Center and Trauma Coordinator for East Tennessee Children’s Hospital. “We wanted to present an award to these members whose quick actions saved a young girl’s life, and this new award allowed us to do just that.”

On June 18, 2021, a 17-year-old girl was attacked by a bear while sleeping at a campsite in Great Smoky Mountain National Park. The victim suffered serious injuries. Park Rangers responded to the scene and rendered first aid. The Tennessee National Guard received the request to help by airlifting the patient out of the remote area and taking to a nearby hospital.

A UH-60 Blackhawk helicopter departed McGhee-Tyson Air Base in Louisville, Tennessee, and responded to the scene. The crew worked in coordination with the National Park Service to locate and transport the victim to medical professionals at the University of Tennessee Medical Center in Knoxville.

“We are proud of what we do here,” said Capt. Hulon Holmes, Facility Commander for Army Aviation Support Facility #2, in Louisville, Tenn. “We have the unique ability to help our fellow citizens in times of need and give back to the community. We don’t do it for the recognition, but it’s great to see our Guardsmen being rewarded for their efforts.”

The Tennessee National Guard has performed 33 rescue missions in East Tennessee since 2016 and are always ready to respond to future missions. 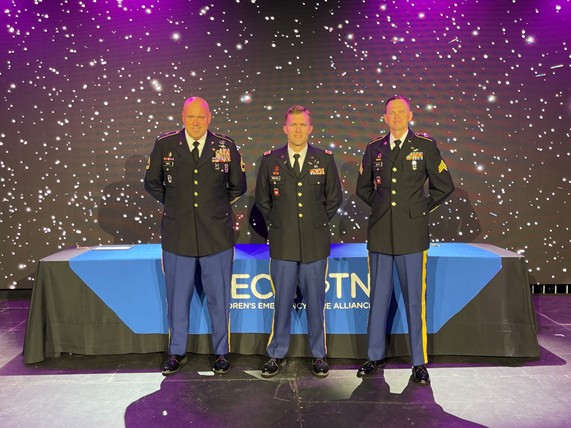