Bulgaria has worked alongside the Tennessee National Guard in the State Partnership Program for almost 30 years, and requested Tennessee to provide support in the area of domestic operations. Five Tennessee Guardsman, with years of experience in emergency management, traveled to Sofia to train with the Bulgarians on disaster response while also learning from allied partners.

Viking exercises have occurred about every four years since its start in 1999. Since its inception, it has included NATO allies and partners from over 50 countries. Originally created to help foster “NATO’s Partnership for Peace” initiative, it is known as the largest peacekeeping operation exercise in the world.

“Our National Guard, especially here in Tennessee, holds a plethora of experience with domestic operations,” said Lt. Col. Dallas Clements, Tennessee National Guard’s Deputy Director of Military Support. “Every time we get to work with the Bulgarians it strengthens our partnership by building those relationships and reminds them that as NATO allies, we’re here for them.”

This year, the exercise focused on a fictitious country suffering from a civil war and humanitarian crisis. Allied nations and non-governmental organizations worked together to establish a peacekeeping plan to provide humanitarian assistance.

The Bulgarian Armed Forces and the Tennessee National Guard have been working together as part of the Department of Defense’s State Partnership Program since 1993. The two organizations have conducted more than 550 training events since the partnership began. Bulgaria joined NATO in 2004 and the European Union in 2007. Bulgarian defense officials have credited their relationship with Tennessee with helping Bulgaria achieve compatibility with its NATO counterparts.

“We attach great importance to our relationship with the Tennessee National Guard,” said Bulgarian Armed Forces Col. Dimcho Zhechev, Executive Branch Chief for the Bulgarian Ministry of Defense Operations and Training Directorate. “Their expertise contributed to the unique learning environment where participants developed skills and acquired new knowledge in the interactions during the exercise.”

The relationship between Tennessee and Bulgaria is mutually beneficial. Participating in joint exercises alongside Bulgaria provides great experience for Tennesseans.

“We learn a lot from how they do things as well,” said Clements. “It’s a win-win; the relationships we have forged will only help us strengthen our organizations as we move forward.” 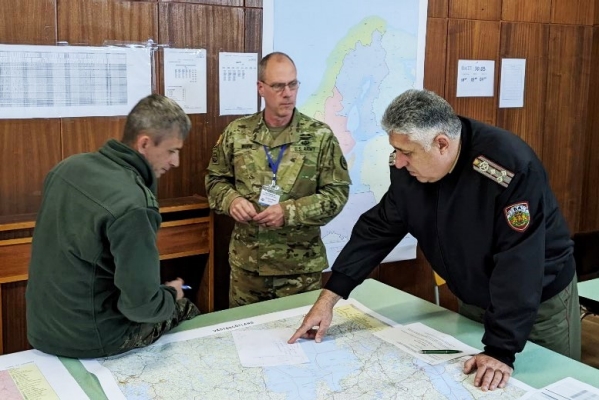