The three aircraft flew to Tallahassee last Wednesday, ahead of the storm, and once the hurricane passed through Florida, they flew farther south.

Since Thursday, the aircraft have primarily been airlifting food, water, and other supplies to Sanibel, Pine, and Captiva Islands southwest of Fort Myers. The islands suffered severe storm damage and the Matlacha Bridge and Sanibel Causeway were destroyed, stranding residents on the islands.

“We are focusing our efforts on Pine and Sanibel Islands, supporting local first responders with supply transport and the deployment of equipment to establish mobile cell phone towers,” said Capt. Dan Fuentes, commander of Tennessee’s helicopter task force. “On multiple occasions we’ve been able to evacuate citizens trapped on either of the two islands and get them to safety.”

Additionally, the Tennesseans are airlifting specially trained K9 urban search and rescue teams into remote areas to assist with rescuing people trapped by the debris.

Fuentes is a 16-year veteran with the National Guard and is as a police officer with the Metro Nashville Police Department. “I really didn’t know what to expect when I got the call, but this is what we do,” said Fuentes. “This is a great chance to help and show people what the Guard is all about.”

“The Tennessee National Guard and the Tennessee Emergency Management Agency have once again stepped up with unbelievable speed which exhibits the true volunteer legacy,” said Maj. Gen. Jeff Holmes, Tennessee Adjutant General. “This would not have been possible without the support of the community, our families, and our employers.”

Last week, Tennessee Governor Bill Lee authorized 1,200 Guardsmen to assist with preparation and recovery efforts as Florida braced for Hurricane Ian. A portion of those Guard members have completed their mission and returned home safely to Tennessee. 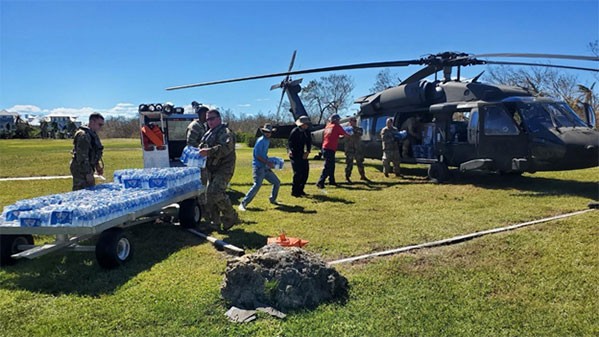 Crewmembers from the Tennessee National Guard’s 1-230th Assault Helicopter Battalion load bottled water on a Blackhawk helicopter for transport to victims of Hurricane Ian. Crews continue to ferry food, water, and other supplies to islands disconnected from the mainland since Ian made landfall last week. (Submitted photo) 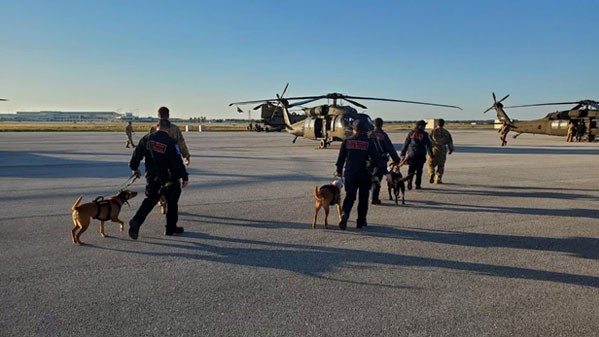 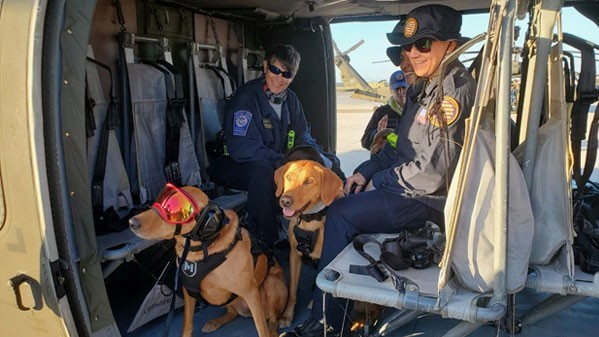