A UH-60 Blackhawk helicopter from the Tennessee National Guard’s Detachment 1, Company C, 1-171st Aviation Regiment, based in Knoxville, assembled in less than 40 minutes, and launched to the incident site at approximately 5:00 p.m.

At 5:22 p.m., the aircraft arrived at the hiker’s location on Alum Cave Trail. Banta and Ennis were then lowered to the ground by hoist, where they performed a medical assessment on the injured hiker. Once complete, the hiker was medically stabilized, and preparations made to be hoisted into the awaiting aircraft. The hiker was then hoisted into the hovering helicopter followed by Banta and Ennis.

Once onboard, the flight crew continued medical aid while enroute to the University of Tennessee Medical Center in Knoxville. The hiker was safely delivered to the hospital after a 12-minute flight. 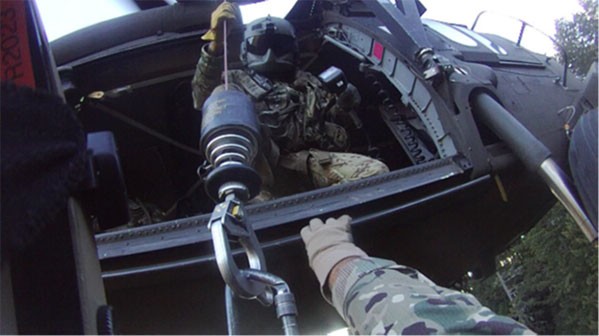 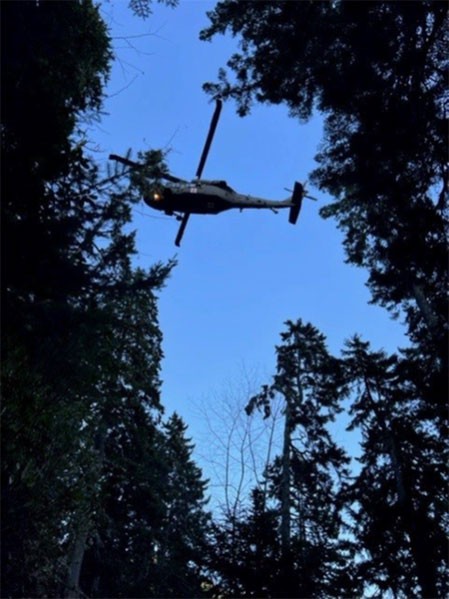 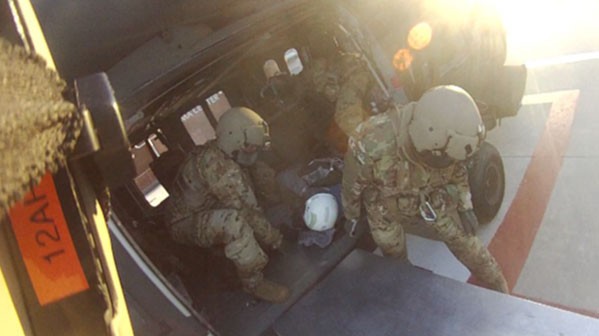