While conducting administrative support at the port of entry, Hurley overheard a radio call about a person collapsing and requiring assistance. A trained Army medic and civilian paramedic, Hurley sprang into action. Upon arrival, the Customs and Border Protection officers on site told Hurley the person was not breathing and did not have a pulse. Hurley made a swift assessment and began CPR while CBP personnel called Emergency Medical Services.

Thanks to Hurley's efforts, the person regained consciousness and was responsive by the time EMS arrived to transport him to a nearby hospital.

Hurley had performed CPR many times during his time as a medic and paramedic, but this was the first time he was able to interact with his patient after resuscitation. Hurley thanked CBP officers for their support and commended their quick actions.

“Staff Sgt. Hurley's willingness to step up in a time of need exemplifies the ideals of what it is to be a Soldier,” said Army National Guard Capt. Billy Blackwell, Hurley's company commander. 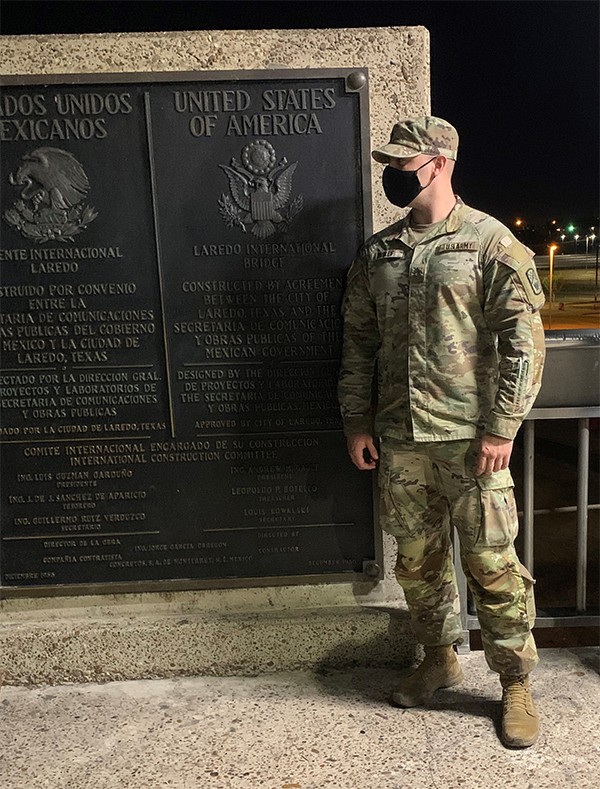 Staff Sgt. Christopher Hurley, a resident of Soddy Daisy, Tennessee, and assigned to the 913th Engineer Company of the Tennessee National Guard, poses for a photo at the Laredo International Bridge in Texas. Hurley saved the life of a pedestrian on Sept. 20 by performing CPR while supporting the Department of Defense's Southwest Border mission. (Submitted photo)