NASHVILLE, Tenn. – As of July 1, the Tennessee National Guard has helped administer over 1 million COVID-19 vaccinations throughout Tennessee since Operation Warp Speed began.

Tennessee’s Soldiers and Airmen have been working alongside the Tennessee Department of Health, Tennessee Emergency Management Agency, and various other agencies playing a vital role in planning and immunizing the citizens of Tennessee when the vaccine became available last November.

“Our Soldiers and Airmen who volunteered to serve in the fight against COVID-19 have done an exemplary job,” said Lt. Col. Justin Olander, commander of Joint Task Force – Medical, which is responsible for the Tennessee National Guard’s COVID-19 response. “They have sacrificed so much to put their communities first, and we will continue to do so for as long as we’re needed.”

The Tennessee National Guard originally activated 250 Soldiers and Airmen on March 23, 2020, at the request of Gov. Bill Lee, to assist with operating COVID-19 testing sites. Lee also established the Unified Command Group to streamline the state’s pandemic response and established testing sites across the state supported by the Tennessee National Guard.

“Not only have we surpassed 1 million vaccinations, the Tennessee Guard has helped test nearly 900,000 citizens for COVID-19,” said Maj. Gen. Jeff Holmes, Tennessee’s Adjutant General. “And we are still supporting the state’s efforts in both missions. Guardsmen have assisted in every county in the state and continue to operate in over 50 counties providing testing and vaccinations to our citizens.”

More than 700 Soldiers and Airmen are currently on orders to support the COVID-19 fight.

In April, Col. Jason Glass, Tennessee’s Assistant Adjutant General, Air, was named the Dual-Status Commander for the military’s effort to help vaccinate citizens throughout Memphis. In partnership with the Federal Emergency Management Agency and state and local agencies, Glass lead a team of approximately 130 Navy and Marine Corps personnel with the 2nd Marine Division. The sailors and Marines, organized as Vaccine Support Teams, helped support a city-run, federally supported Community Vaccination Center located at the Pipkin building at the Memphis Fairgrounds.

Additionally, the Guard also formed an Infection Disease Team, a group of specialists responsible for inspecting hospitals and alternate care facilities throughout the state to develop effective safety protocols and procedures for at-risk communities. Guard members have been instrumental in the collection and distribution of personal protective equipment, collecting supplies and delivering them to hospitals, law enforcement agencies, and those who need them most.

“The men and women of the Tennessee National Guard have dealt with so much adversity since last year,” said Holmes. “They have sacrificed so much to stay vigilant and flexible in the fight against this virus, conquering every obstacle to provide vital services for members of our communities, and I couldn’t be more proud.” 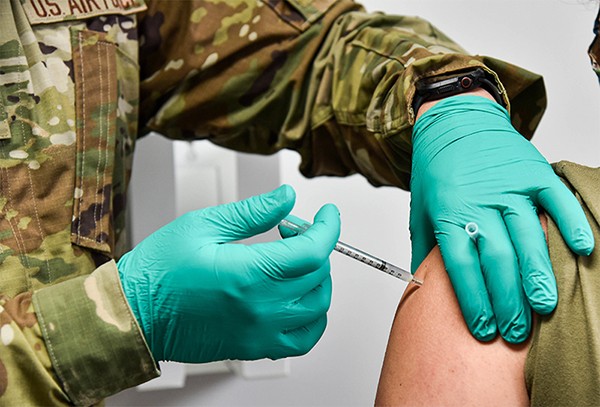 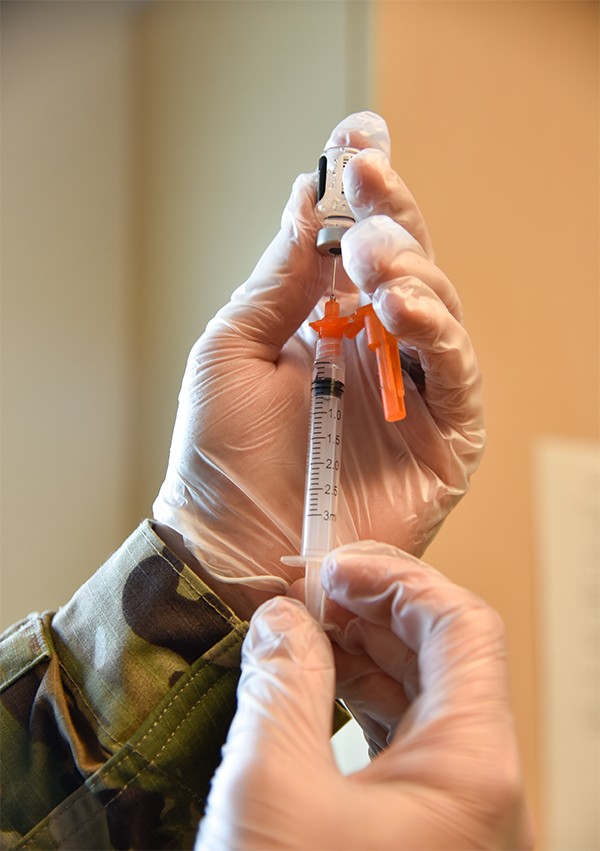