JACKSON, Tenn. – On June 18, the Tennessee National Guard and the Employer Support of the Guard and Reserve (ESGR) held the first Boss Lift since the COVID-19 pandemic outbreak in 2020. Soldiers with the 1/230th Assault Helicopter Battalion transported local employers from Army Aviation Support Facility #3 in Jackson to Milan’s Volunteer Training Site via UH-60 Blackhawks.

Once the employers arrived at the Volunteer Training Site, they viewed weapons and equipment displays, spoke with Soldiers on military training such as clearing buildings, and later, simulated convoy operations and foot patrols. These simulations allowed the employers to use the same equipment that Tennessee Guardsmen train with.

The Boss Lift is an ESGR program that allows local employers to experience a small taste of military life. Employers ride in military vehicles, visit training sites, observe military weapons and try field rations. They also get a better understanding of the military tasks performed by the Guardsmen they employ.

Tom Buckley, the area chair of the Jackson ESGR, spoke about the importance of Boss Lifts and how they help strengthen the understanding of military service for employers that are chosen to participate.

"Boss Lifts allow us to educate the employer regarding the Uniformed Service Employment and Reemployment Rights Act, or USERRA,” Buckley said. “We also explained to the employers that they were invited to participate in the Boss Lift to recognize their contribution to the well-being of our Guardsmen. Your average person has never flown in a Blackhawk, and they're usually pretty excited to do that."

Monte Cooper, the Senior Vice President of the Electric Division of Jackson Energy Authority, was impressed by the experience.

“This event gave us a good feeling for how detailed an operation that Guard service is,” said Cooper. “As an employer, the more we understand about what our Guardsmen do, the better we can serve them.”

Jim Mungenast, the state chair of the Tennessee ESGR, emphasized how the ESGR helps to strengthen the relationship between the National Guard and businesses through recognition of their dedication to their Guardsmen employees.

"The ESGR's main mission is to ensure that employers of those serving in the Guard and Reserve, and their service members all understand their obligations under the USERRA law; and to recognize those employers who support our troops,” said Mungenast. “We have a robust awards program from individual boss recognition with the Patriotic Employer Award, to the Freedom Award, which is awarded by the Secretary of Defense to those employers who provide exceptional support to their employees who serve in the reserve components.”

“Through events such as Boss Lifts and Breakfasts with the Boss, we help employers understand the importance of the military’s reserve component to our national security, and learn what their employees do during their military duty,” said Mungenast.

Due to the 2020 COVID-19 pandemic, the ESGR had to adjust the ways it engaged with companies that employ Guardsmen. In order to protect the health of local employers and Guardsmen, the ESGR scaled back on some of its typical activities. That resulted in a temporary suspension of Boss Lifts. The last Tennessee National Guard Boss Lift prior to the pandemic had taken place in August 2019.

“During the COVID restrictions, we made some virtual award presentations to recognize those employers who supported their Guard and Reserve members,” said Mungenast. “In March we were able to start back with in-person award ceremonies. This personal touch is appreciated by the service member and the employers who are recognized.” 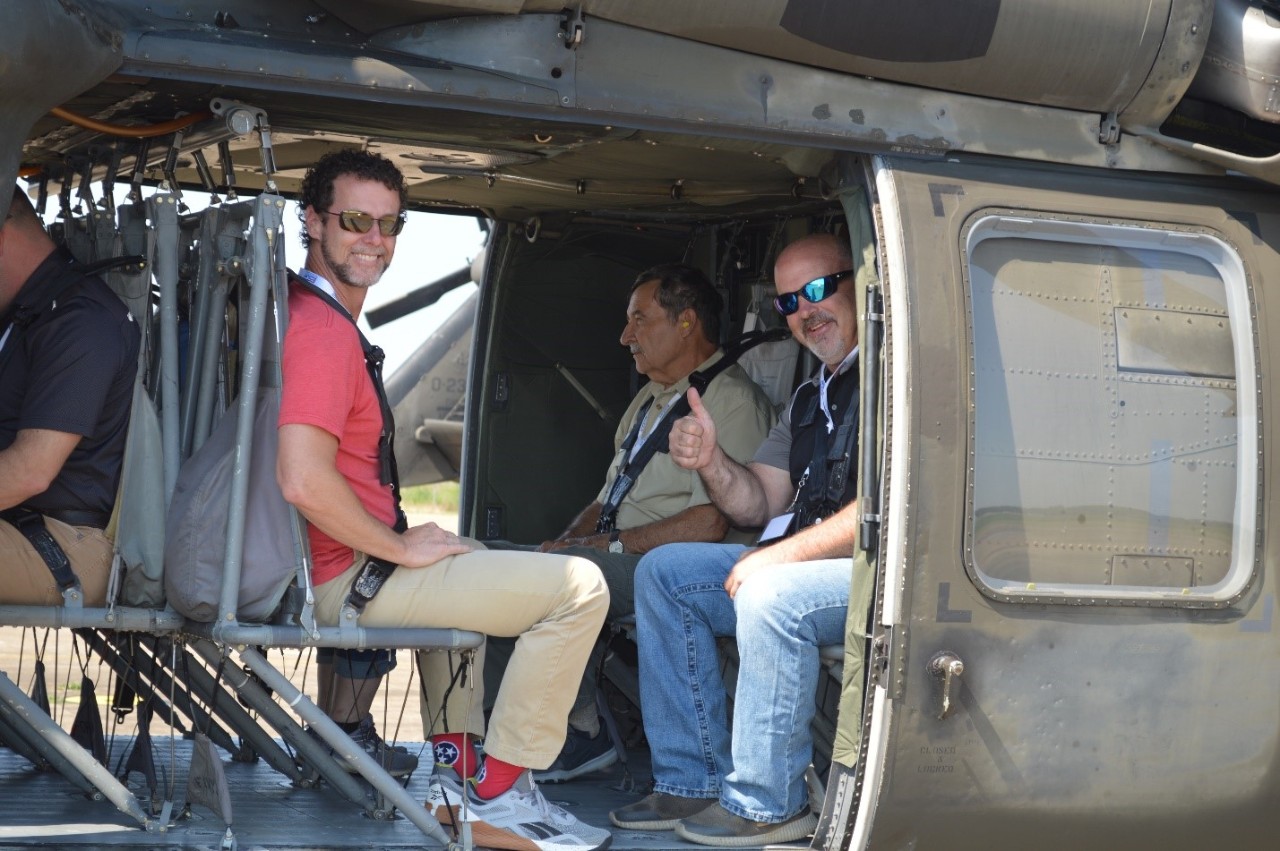 Monte Cooper, Senior Vice President of the Electric Division at Jackson Energy Authority, left, Harlin Trefz, Owner of Trefz Design International, center,)and Scott Jones, a Quality Manager at LyondellBasell Industries, right, pose for a picture aboard a Tennessee Army National Guard UH-60 Blackhawk assigned to the 1/230th Assault Helicopter Battalion in Jackson. They were among 24 employers and Employer Support of the Guard and Reserve volunteers to participate in an ESGR Boss Lift on June 18, 2021. (Photo by Sgt. Finis L. Dailey, III) 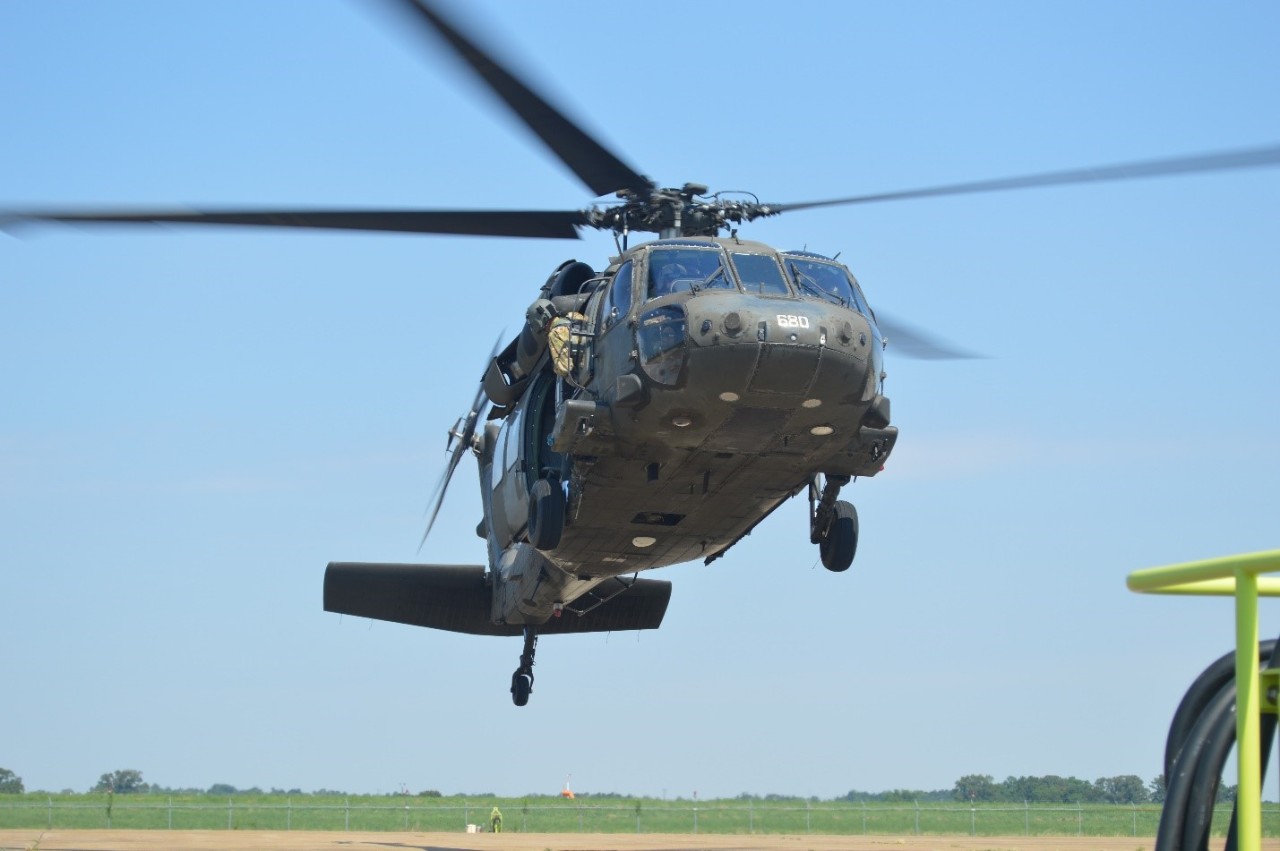