CAMDEN, Tenn. – Mayor of Benton County, Brett Lashlee, is set to embark on his fifth deployment as a member of the armed forces.

As a sergeant first class in the Tennessee Army National Guard’s 1957th Contingency Contracting Team, and lifelong Tennessean, Lashlee is preparing to leave for a 9-month deployment to the Horn of Africa.

“I didn’t expect a deployment to come during my service as county mayor, but my commitment to my country has been called,” said Lashlee. “I proudly campaigned on the fact that I was a member of the Tennessee National Guard and although I value my service to Benton County, I equally value my obligation of military service to this country.”

The 1957th will be leaving for Fort Hood, Texas, on June 22 to complete final pre-deployment training before travelling to Africa. The 1957th is a five-person contracting team tasked with facilitating contracts in the region. When Soldiers need local support for goods and services like food, supplies, and construction materials, contracting teams make that happen.

Lashlee was also a member of the 1957th during their last deployment from 2011 to 2012 in Afghanistan. He says that he has great trust in his team and they are prepared for the mission ahead.

“Our team is more experienced than ever before,” said Lashlee. “We have accomplished a lot of training and our team members have worked hard to put ourselves in a position to succeed.”

This time however, Lashlee also has a team back home in the Benton County mayoral office that he is also putting his trust in to manage the workload while he is deployed.

“Being a member of the military for as long as I have, you learn to put contingency plans in place,” said Lashlee. “We’ve been preparing our staff here at the office like my National Guard team has been preparing for our upcoming mission. I have confidence that both teams will be successful over the course of this deployment.”

Lashlee is no stranger to deployments, as he has previously endured 50 months of activated mobilization time, to include over 40 months serving in combat zones.

“Excitement comes in different forms,” said Lashlee. “On the one hand, you always have the anxiety that you’re leaving home and your family, but I’m focused and ready to get in the game. I’m ready to fulfill my service to my country one more time.”

Lashlee, who has 24 years of combined service between the Army Reserves and National Guard, is in the final stages of his military career, and will retire towards the end of 2022. He says this will be his final deployment.

“Like my fellow Soldiers, I must retire from the Army National Guard at age 60,” said Lashlee. “For me, that comes in October 2022. It’s been an honor to devote the majority of my adult life to the state of Tennessee and this great country.” 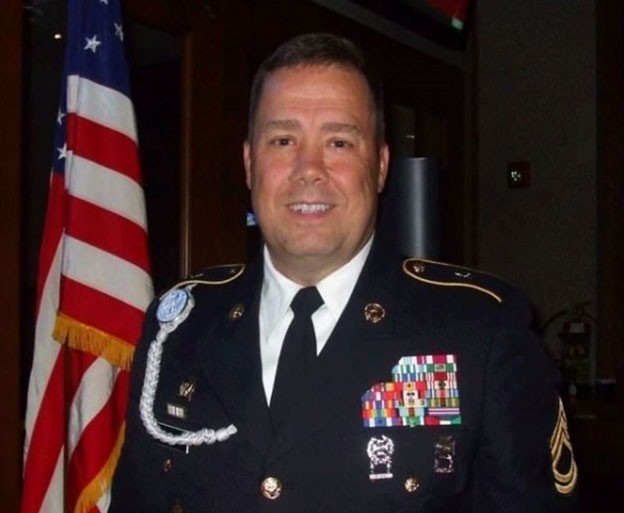