NASHVILLE, Tenn. – After nearly 47 years of service in the Tennessee National Guard, Col. James “Doc” Cooper, from Murfreesboro, retired on May 1.

Cooper, who was the flight surgeon for the Nashville based 1-230th Assault Helicopter Battalion, began his military career enlisting in Bolivar’s Company C, 117th Infantry Regiment, as an infantryman in 1971. While enlisted, he earned the rank of sergeant and cross-trained to fire 81mm mortars.

“I came from a large military family and grew up in the shadow of the Vietnam War,” said Cooper. “When I turned 18, I felt called to serve my county and do my part.”

By 1980, Cooper found a new calling to help people and his fellow Soldiers. After taking a three-year break from the National Guard to study medicine, he certified as a respiratory therapist and earned his commission in 1983 as a Medical Service Officer in Henderson. He then devoted the rest of his military career caring for service members.

“When I began studying medicine, I knew that I wanted to use those skills in the Guard,” said Cooper. “Over my career I’ve been inspired and influenced by the Soldiers I worked with. Being able to serve them and watch these young men and women become strong leaders and aviators has been a great honor.”

For the next 38 years, he served in numerous medical positions throughout the state and in different roles such as an anesthesiologist, field surgeon, and flight surgeon.

After September 11, 2001, Cooper deployed overseas four times. In 2004, he served in Kosovo for Operation Joint Guardian with the 278th Armored Cavalry Regiment and then deployed to Afghanistan from 2006-2007 as a flight surgeon. In 2009, he served in Iraq for one year with the 1-230th Air Cavalry Squadron based out of Talifar and Mosul. Cooper returned to Kosovo in 2018 with the 1-230th as their flight surgeon and continued to ensure the health and safety of all pilots and aircrew. He also participated in multiple medical humanitarian missions.

“Doc Cooper has been a key part of our organization for nearly 50 years,” said Col. Jay Deason, Tennessee’s State Aviation Officer. “He is irreplaceable. Nobody has a deeper understanding of Tennessee’s aviation community than him.”

Throughout his career, Cooper earned numerous recognitions and awards to include the Bronze Star, Legion of Merit, four Meritorious Service Medals, and six Army Commendation Medals. He is the first Tennessean awarded the Aeromedical Order of Merit, which is awarded to individuals who have selflessly contributed to the advancement, growth, or maintenance of U.S. Army Aviation Medicine. He also earned a medal for the Order of Military Medical Merit.

The Tennessee National Guard held a retirement ceremony in honor of Cooper at Nashville’s Berry Field on May 1. 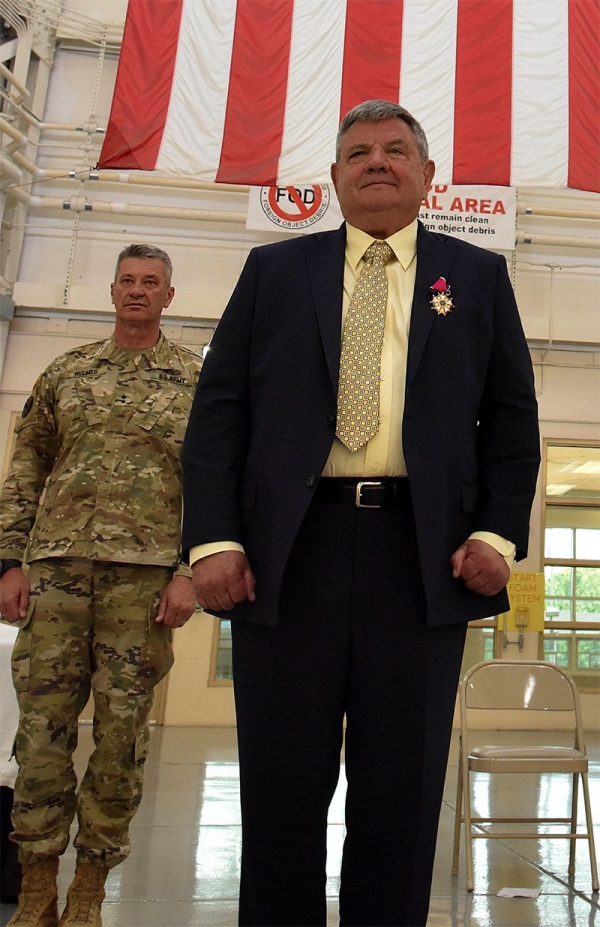 Col. James “Doc” Cooper, from Murfreesboro, is awarded the Legion of Merit from Maj. Gen. Jeff Holmes, Tennessee’s Adjutant General, during his retirement from the Tennessee National Guard on May 1 after serving nearly 47 years. (photo by Sgt. 1st Class Walter E. van Ochten)

Col. James “Doc” Cooper poses with his family during his retirement ceremony from the Tennessee National Guard at the Nashville’s Berry Field on May 1 after serving nearly 47 years. (photo by Sgt. 1st Class Walter E. van Ochten)