“I’ve watched you train in challenging times with COVID-19 and you’ve taken on multiple missions in the past year,” Holmes said when addressing the unit. “You’re ready, you’re prepared, and you’re professional. I know you are ready and this is your moment.”

During the ceremony, the 1-181st cased their battalion colors, which will be uncased when they arrives in the Middle East.

“We’ve trained under unique circumstances, and many Soldiers assisted with the COVID-19 task force and other missions this past year,” said Lt. Col. Phillip Hill, Jr., 1-181st Battalion Commander. “We are trained, ready, and the Soldiers of this battalion have displayed an ability to step up and meet every challenge. I am 100% confident that they will continue to do so.”

Following the ceremony, the Soldiers said goodbye to their families and boarded aircraft headed to Fort Bliss, Texas, where they will receive additional mobilization training before deploying overseas in support of Operation Spartan Shield and Inherent Resolve. While deployed, the Soldiers will be operating in multiple countries under U.S. Central Command.

“This is a special day,” said Holmes. “This represents everything that is good about America.” 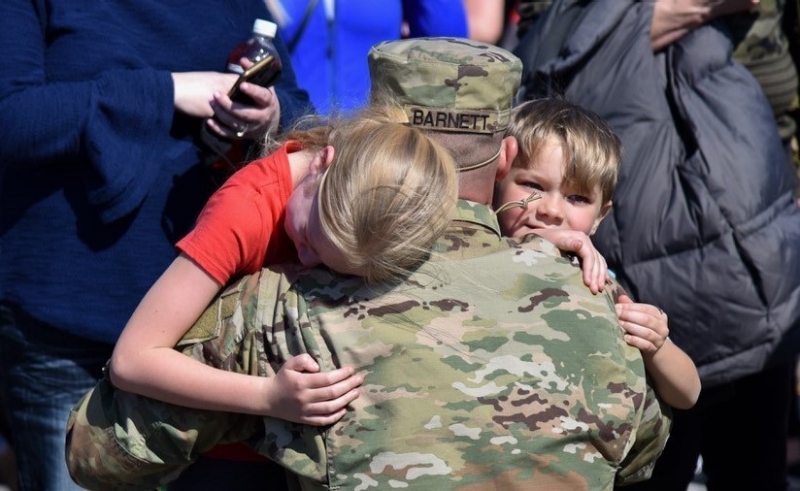 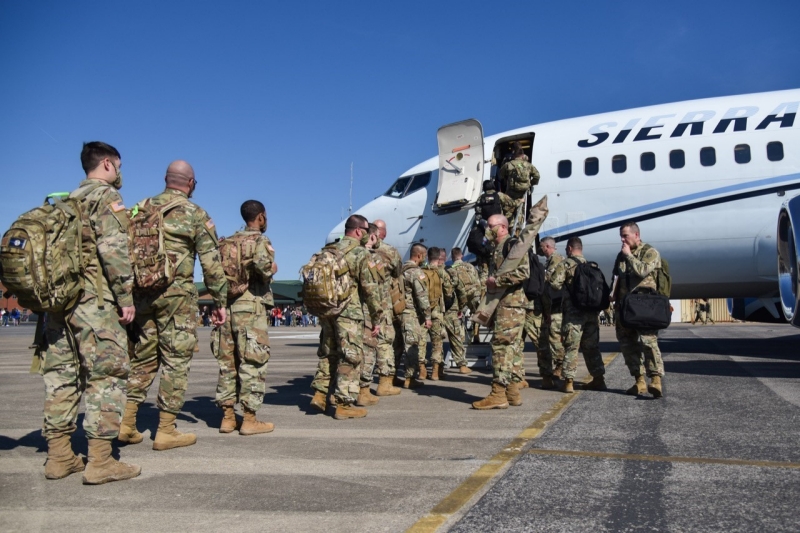