Ward will assume responsibility from Chief Warrant Officer 5 Ricky Tackett, at Tennessee National Guard’s Joint Force Headquarters, who served in the position since 2017.

“Tackett has been a great advisor and I am deeply appreciative of everything he’s accomplished,” said Brig. Gen. Jimmie Cole, Tennessee’s Land Component Commander. “I wish him and Judy the best of luck. I look forward to working with Chief Ward and his wife of 24 years, Jennifer. I’m confident he is the best person for this position and will masterfully serve our state.”

Ward started his military career 36 years ago when he enlisted in the military in 1985 as an Equipment Records and Parts Specialist with the 18th Airborne Corps. Upon leaving active duty in 1988, Ward joined the South Carolina Army National Guard’s 1-263rd Armor Regiment where he served for 16 years and rose to the rank of Chief Warrant Officer 2. He transferred to the Tennessee Army National Guard in 2004 where he served as the Detachment Commander for the 730th Quartermaster Company and deployed to the Middle East in support of Operation Iraqi Freedom.

Due to current COVID-19 restrictions and CDC guidelines, participation in the ceremony is limited. 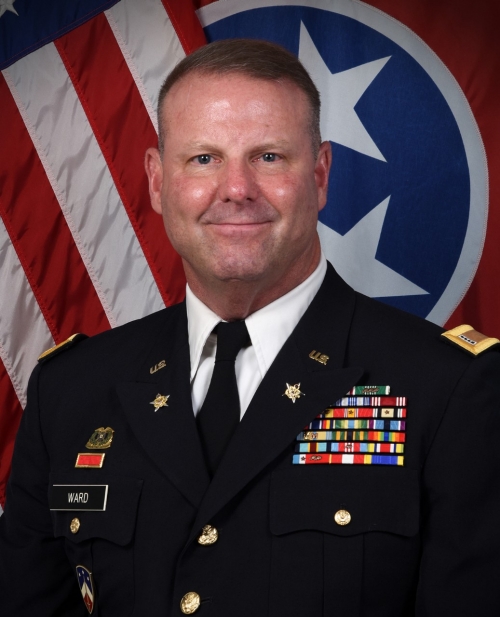