CORDOVA, Tenn. – There are many exciting occupations available in the Tennessee National Guard for those interested in joining, but few are as thrilling as being a UH-60 Blackhawk crewmember. Recently, students from Cordova High School learned first-hand what helicopter pilots and crewmembers serving in their own community get to do on a daily basis.

On Nov. 18, Soldiers from Jackson’s 1-230th Assault Helicopter Battalion flew two Blackhawk helicopters to Cordova for students and faculty to learn about the aircraft, requirements to become pilots and crew, and learn about aviation. They also had the chance to learn about opportunities available to them in the National Guard.

Landing on the Cordova High School baseball field, guardsmen were greeted by students and staff as they shut down both helicopters. Next, the pilots and crew gave tours of the aircraft and answered questions. Many of the students were interested in how helicopters work and the role aircraft play in the military.

“It was very reassuring that students still want knowledge about something new,” said Mia Moore, a Health Sciences teacher at the school. “I was super excited that they were interested and wanted to know more.”

For several of the school’s teachers, the education did not end there. Many of them had the opportunity to take an educational and introductory flight around the city of Cordova.

“Students spend nearly six hours a day, five days a week with their teachers and flights like this provide teachers with a hands-on learning experience as a way to understand what the Guard does,” said Lt. Col. Richard Stackpole, Commander of Tennessee’s Recruiting and Retention Battalion. “They can then take these experiences into the classroom and engage students with a better understanding of the Guard and the various opportunities available to them in the future.”

Once the educational flights were complete, the guardsmen continued answering questions and then returned to Jackson.

“The main purpose of this event is to show the students, teachers, and the community different career paths available to them,” said Sgt. Sebastian Araya, a Tennessee National Guard Recruiter. “I believe events like this are essential. It’s an opportunity for the whole community to come together and learn about their local Guard units and what we provide to the community.” 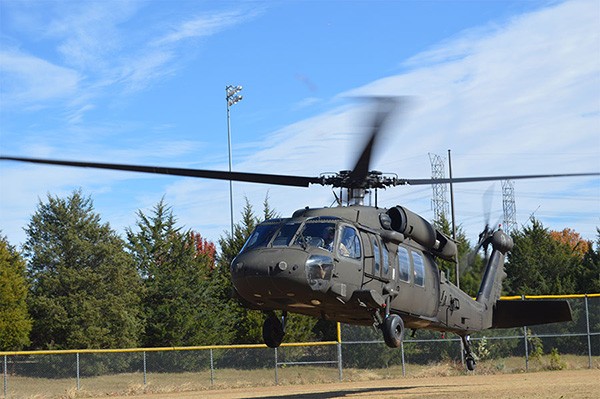 A UH-60 Blackhawk helicopter with Jackson’s 1-230th Assault Helicopter Battalion lands at the Cordova High School’s baseball field on Nov. 18. Students and teachers were able to get first hand exposure to Blackhawks during an educator’s flight organized by the Tennessee Army National Guard. (Photo by Sgt. Finis L. Dailey, III) 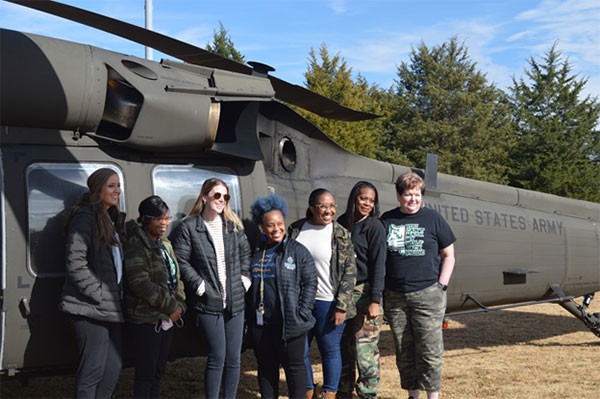 Teachers from Cordova High School pose alongside a UH-60 Blackhawk helicopter in Cordova on Nov. 18. Several of the school’s teachers and staff flew aboard two Blackhawks as part of an educators’ flight organized by recruiters from the Tennessee National Guard. (Photo by Sgt. Finis L. Dailey, III)