The first Tennessee National Guardsman to hold this position, Bowlin is now responsible for the training and operations of the 36th Infantry Division and its eight subordinate brigades from Texas, New Mexico, and Tennessee.

“Bowlin is a talented combat leader and I know he will represent Tennessee well,” said Maj. Gen Jeff Holmes, Tennessee’s Adjutant General. “He is a true professional with 35 years of military experience in challenging command positions and leading Soldiers in combat.”

In October of 2020, Tennessee’s 278th Armored Cavalry Regiment, headquartered in Knoxville, aligned with Texas’ 36th Infantry Division, headquartered in Austin, Texas, for training and possible future deployments under the U.S. Army’s division alignment plan. The purpose is to better prepare National Guard units to deploy and fight in large-scale ground combat operations. Eight division headquarters across the United States aligned with subordinate brigades to improve the National Guard’s readiness and their ability to fight together. This alignment also gives high performing leaders the opportunity to cross train and be assigned to division staff and other units across state lines.

Bowlin is the first Tennessee Guardsman to serve on the 36th Infantry Division’s command team. Previously, he served as the 14th commander of the 278th Armored Cavalry Regiment from 2019 to 2021. During his command, Bowlin placed heavy emphasis on readiness and building personal relationships with local, state and federal officials. He also facilitated tornado relief efforts in March 2020, provided support for statewide COVID-19 testing, and led the 278th in civil disturbance response in Tennessee and Washington, D.C.

In 1986, Bowlin began his military career by enlisting in the U.S. Army as a Cavalry Scout. He was assigned to the 1st Infantry Division at Fort Riley, Kansas, and then served with the 2nd Infantry Division in Korea. In 1990, he joined the Tennessee Army National Guard’s Troop F, 2nd Squadron, 278th Armored Cavalry Regiment in Bristol. He then commissioned as an Armor Officer in 1992 through Tennessee’s Officer Candidate School.

Bowlin is from Bristol and currently living in Dandridge. 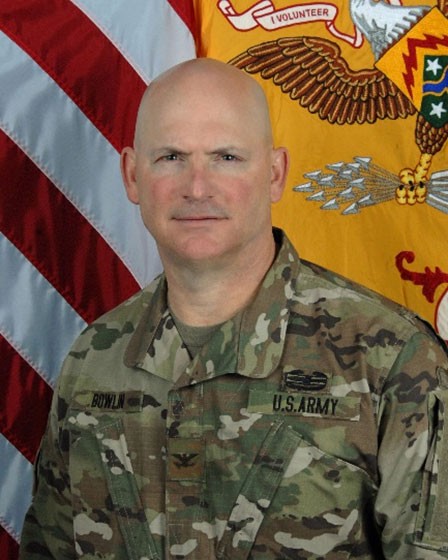