The Guardsmen left on Sept. 2 and traveled with 27 Humvees and five Light Medium Tactical Vehicles to Camp Minden, Louisiana, a training site 20 miles east of Shreveport. After arriving at Camp Minden, the Lexington Soldiers completed in processing with the Louisiana National Guard and then traveled to New Orleans to begin helping the city.

Once on ground, Soldiers from the 251st primarily worked in three to four-person teams, alongside officers from the New Orleans Police Department, as part of an anti-looting task force. Soldiers and law enforcement personnel worked together to provide additional security to banks, pharmacies, and other businesses within New Orleans.

“Missions were very fluid,” said Capt. Teana Caswell, 251st commander. “We provided security alongside New Orleans police during 12-hour shifts. Local law enforcement was spread thin so we were able to step in and supplement them when needed.”

That training proved beneficial when the 251st moved to Terrebonne Parish, nearly a week after arriving in New Orleans. Soldiers supplemented law enforcement by accompanying the Terrebonne Parish Sheriff’s Office while patrolling and responding to calls in the area.

“The partnership was great between us and the law enforcement in the area,” said Staff Sgt. Charles Saint, a 15-year veteran of the military police corps. “They utilized us as additional personnel so that they could spread sheriff’s deputies throughout the area. The whole community was very appreciative.”

Tennessee Guardsmen are currently deployed worldwide, while still activated in Tennessee to combat the ongoing COVID-19 pandemic in coordination with the Tennessee Department of Health. The 251st’s quick deployment, and successful mission in Louisiana proved once again that the Tennessee National Guard is always ready to respond to any mission that lies ahead. 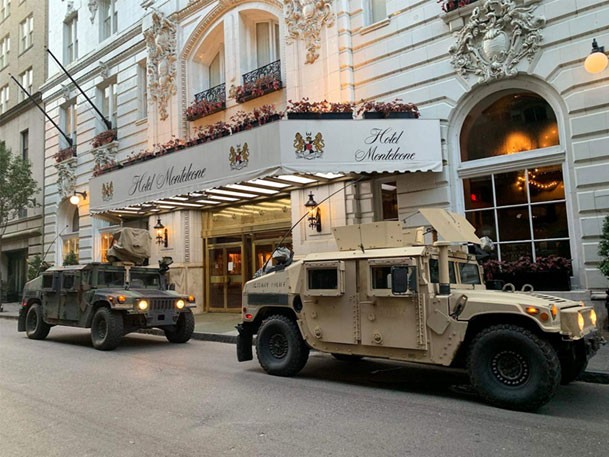