2020: A year like no other for the Tennessee National Guard

NASHVILLE, Tenn. - 2020 has been a turbulent yet historic year for the Soldiers and Airmen of the Tennessee National Guard and Tennessee State Guard1, one that personified their time-honored volunteer tradition. Thousands of Guardsmen have volunteered to serve the State of Tennessee – something not seen since the early stages of the Global War on Terror.

In the past year, Tennessee Guardsmen have deployed overseas, within the United States, and battled an ongoing global pandemic. They also supported first responders and law enforcement during tornado relief operations, a period of civil unrest, the presidential debates, and the presidential election.

“I'm very proud of the challenges our Soldiers and Airmen have overcome, and the work they have been doing since March is remarkable,” said Maj. Gen. Jeff Holmes, Tennessee's Adjutant General. “They have been part of a response that has been the largest, multi-faceted domestic operation in Tennessee National Guard’s modern history.”

In the early morning of March 3, multiple tornadoes ripped through middle Tennessee, with a path over 100 miles long, leaving behind a wake of devastation and destruction. Deadly tornados erupted with wind speeds reaching 164 mph and 175 mph – classifying them as EF-3 and EF-4 level tornados. In total, this middle Tennessee storm spanned four counties, killed 25 Tennesseans, destroyed many homes and local businesses, and left several homeless.

In true volunteer spirit, the Tennessee National Guard had over 160 members “boots on the ground” within hours after the storm. They conducted search and rescue missions in Cookeville, restored power in Gainesboro, aided in debris removal in Nashville and Mount Juliet, and supported communities across the mid-state – whatever it took to help restore, rebuild and recover the heavily impacted areas.

“We're here to do whatever is needed to help those affected by the tornados,” said 2nd Lt. Timothy Grissom, a platoon leader with Paris’ 212th Engineer Company, who helped in Putnam County relief efforts. “They suffered a lot of damage, and all of my soldiers are eager to help.”

Almost immediately, after the tornados hit, Tennessee Guardsmen received another request – help combat the COVID-19 pandemic. With limited information on the virus, hundreds of Tennessee Guardsmen volunteered without hesitation to work alongside Tennessee's Department of Health, Tennessee Emergency Management Agency, and various other State and local agencies. Their primary focus: expedite Personal Protective Equipment distribution and provide testing to as many citizens as possible.

1 The Tennessee State Guard is the all-volunteer arm of the Tennessee Military Department, consisting of approximately 500 personnel, and is authorized by Tennessee Code Annotated 58 1-401.

On the logistical front: March 19, Airmen from the 164th Airlift Wing, Tennessee Air National Guard, flew over 500,000 swabs for COVID-19 testing kits from Aviano Air Base in Italy to Memphis International Airport to distribute throughout the country. Soldiers and Airmen also worked alongside TEMA, distributed over 12 million PPE units from a Journey's warehouse, and shipped PPE to 80,000 classrooms across the State as schools began to reconvene.

“Our Guardsmen at these sites are well-trained professionals and doing everything possible to ensure that testing is done accurately and safely,” said Holmes.

As the fight against COVID-19 continued throughout the summer, a national civil unrest movement prompted the Guard's response in multiple cities across Tennessee, as well as a large-scale activation to the District of Colombia. At the Governor's request, on June 4, over 1,000 Tennessee Guardsmen, primarily from the 278th Armored Cavalry Regiment, deployed to the District of Colombia to support law enforcement within just 72-hours notice.

“As the year comes to an end, we have helped test nearly 800,000 citizens for COVID-19, began vaccinations, and are supporting medical professionals inside hospitals. And while we don't know what may lie around the corner, we are prepared to take those challenges head-on,” said Holmes. “I'm extremely proud of the work these men and women have been doing for the better part of a year. While work continues on the frontlines of this pandemic, I can rest assured knowing we have the most resilient, ready and capable people on the job, continuing our Tennessee Volunteer legacy.” 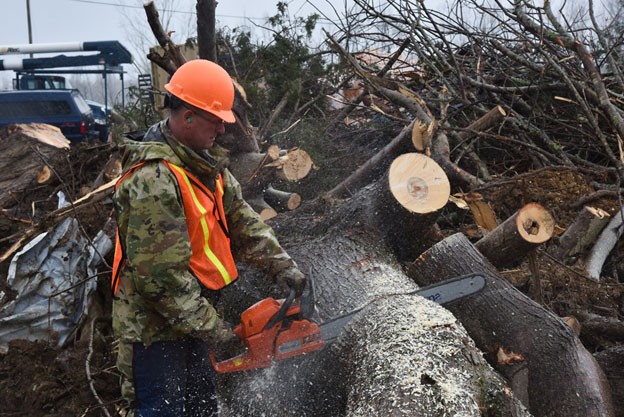 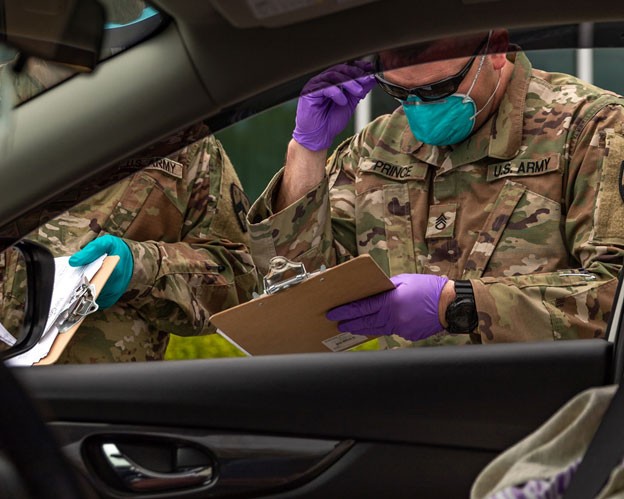 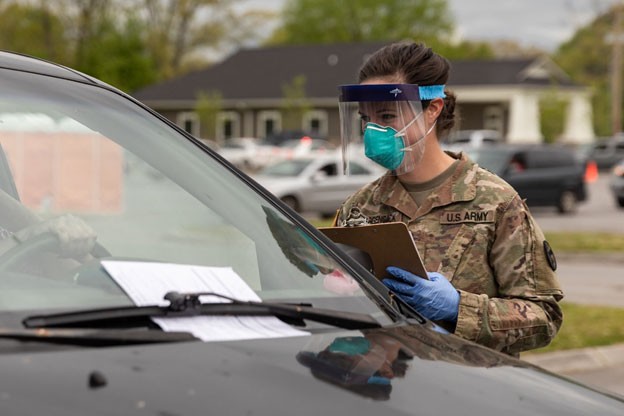 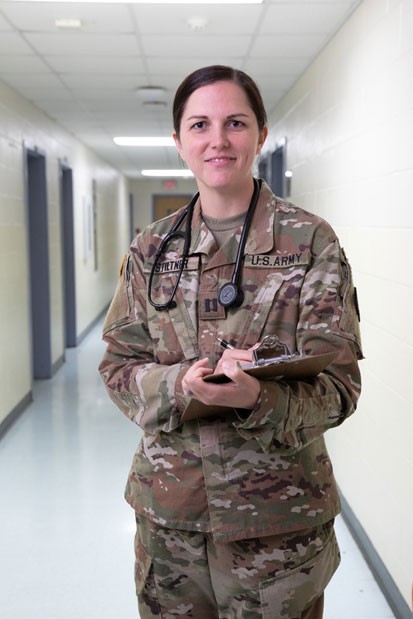 U.S. Army Cpt. Vicki Stiltner is a physician assistant in the Tennessee Army National Guard and currently serving with the Military Medical Response Force, in Smyrna, helping to combat COVID-19. The MMRF is composed of volunteer Soldiers and Airmen with the Tennessee National Guard, assigned to augment COVID-19 testing sites across the state. (Photo by Sgt. Sarah Kirby) 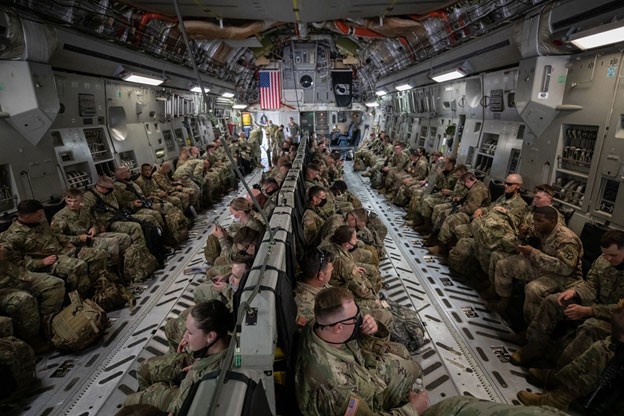 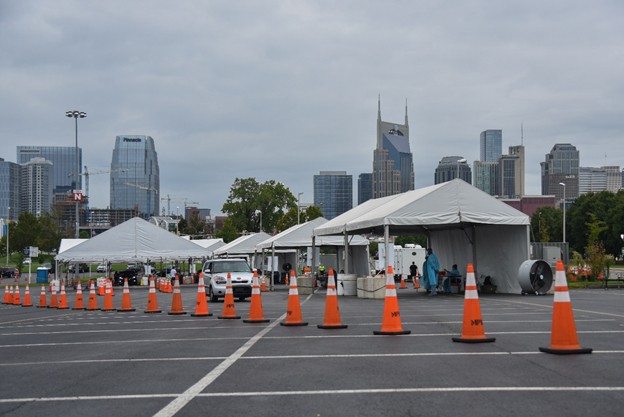 Soldiers and Airmen at the Nissan Stadium COVID-19 testing site in downtown Nashville, Aug. 21. Since March, over 2,000 Tennessee National Guardsmen have been activated in some capacity to assist the communities in the fight against COVID-19. (Photo by Staff. Sgt. Timothy Cordeiro) 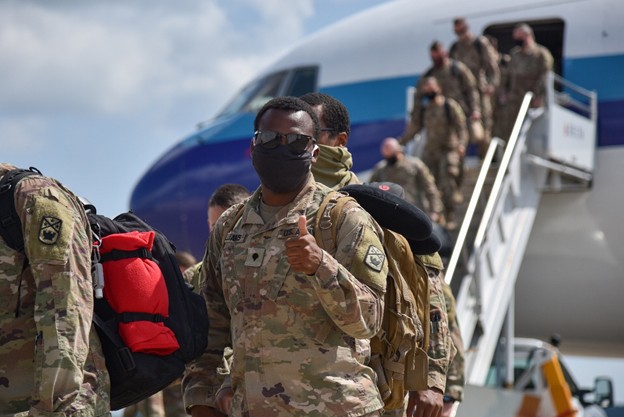 Soldiers from the 194th Engineer Brigade are greeted by Maj. Gen. Jeff Holmes, Tennessee’s Adjutant General, and Maj. Gen. Tommy Baker, Deputy Adjutant General, in Nashville, Sept. 17, following a year-long deployment to the middle-east. The Guardsmen quarantined and underwent a demobilization process for two weeks in Texas before reuniting with loved ones in Tennessee. (Photo by U.S. Army Staff Sgt. Timothy Cordeiro)