NASHVILLE, Tenn. – After 30 years of service, Brig. Gen. Kurtis J. Winstead, a Franklin resident, is retiring from the Tennessee National Guard on Feb. 6.

Winstead is currently serving as the Director of the Joint Staff for the Tennessee National Guard, a position he has held since February 2017. He began his military career in 1990 when he received a direct commission as a First Lieutenant in the Judge Advocate Corps. He was assigned to the Tennessee National Guard’s 194th Engineer Brigade where he provided legal services to Soldiers in the unit.

Throughout his career, Winstead serve in numerous positions of increased responsibility. In 2004, Winstead deployed to Iraq as the Staff Judge Advocate for Jackson’s 194th Engineer Brigade where he was instrumental in forming a consolidated legal office that provided legal services to over 5,000 Soldiers and Airmen during Operation Iraqi Freedom III. Following his deployment, he became Tennessee’s Senior Staff Judge Advocate at the Joint Force Headquarters in Nashville where he served from 2009 to 2017.

“Brig. Gen. Winstead has been an integral part of our organization for over 30 years,” said Maj. Gen. Jeff Holmes, Tennessee’s Adjutant General. “His leadership and passion for helping people will be sorely missed, but we thank him for his dedication spanning three decades, and wish him luck on what lies ahead of him.”

Throughout his career, Winstead earned numerous recognitions, including the Meritorious Service Medal, the Army Commendation Medal with one oak leaf cluster, the Army Achievement Medal and the Iraqi Campaign Medal. He also earned a Master of Strategic Studies from the U.S. Army War College in 2010.

A graduate of the University of Richmond with a Juris Doctorate, Winstead has been practicing law for over 32 years and is a founding partner in Rudy Winstead Turner, PLLC, located in Nashville. He and his wife Beth have two daughters: Bridget and Mary Hannah.

A retirement ceremony in honor of Winstead will be held at the Tennessee National Guard’s Joint Force Headquarters on Feb. 6. Due to current COVID-19 restrictions and CDC guidelines, participation in the ceremony is limited to close friends and family. 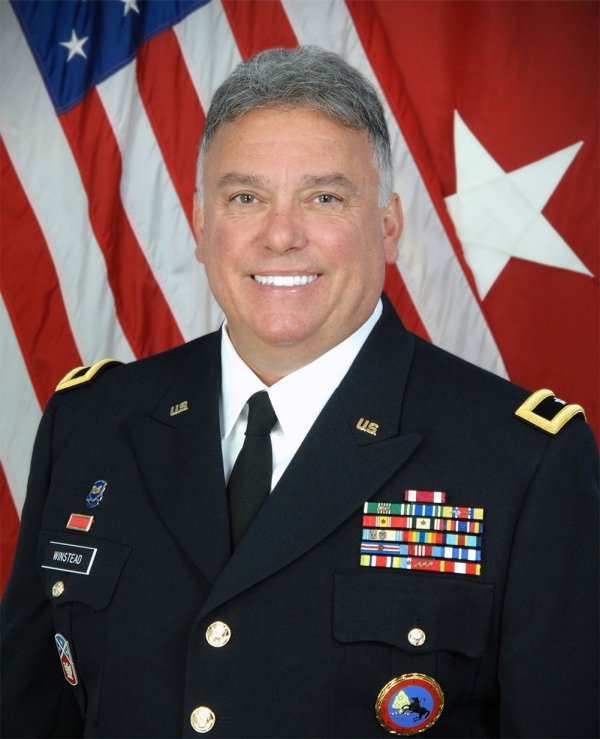