NASHVILLE, Tenn. – Starting on March 10, Soldiers and Airmen from the Tennessee National Guard began assisting Putnam County with cleaning up massive amounts of debris, damaged property, and trash left in the wake of an EF-4 tornado that struck the area in the early morning hours of March 3.

More than 70 guardsmen with 21 dump trucks and other engineering equipment are working hard to remove debris and trash piled along roadways by citizens and volunteers eager to begin the process of rebuilding.

“We’re here to do whatever is needed to help those in Cookeville and Putnam County,” said 2nd Lt. Timothy Grissom, a platoon leader with the 212th Engineer Company. “They suffered a lot of damage and all of my soldiers are eager to help.”

“It’s heartbreaking to see the damage that has been done here,” said Grissom. “I’m just glad I can be here to support those affected.” 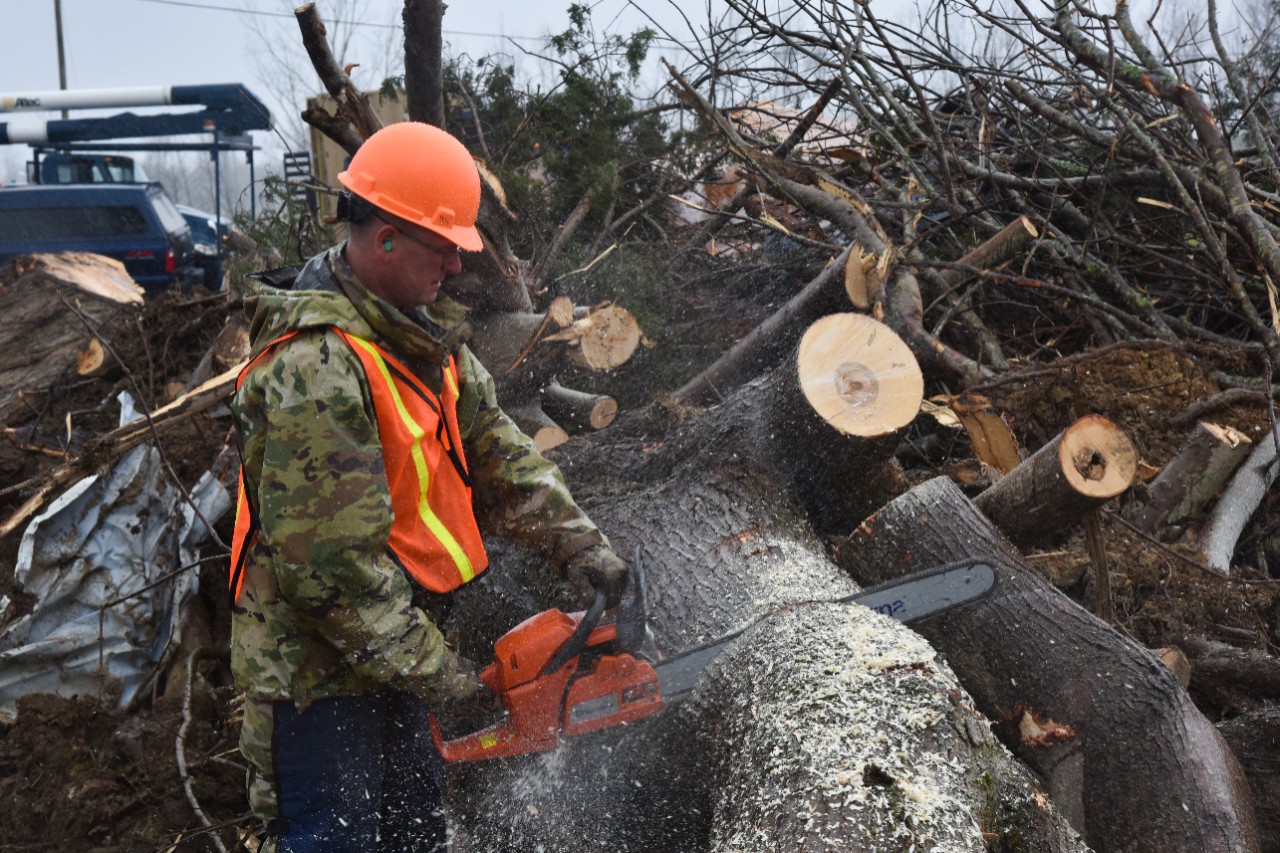 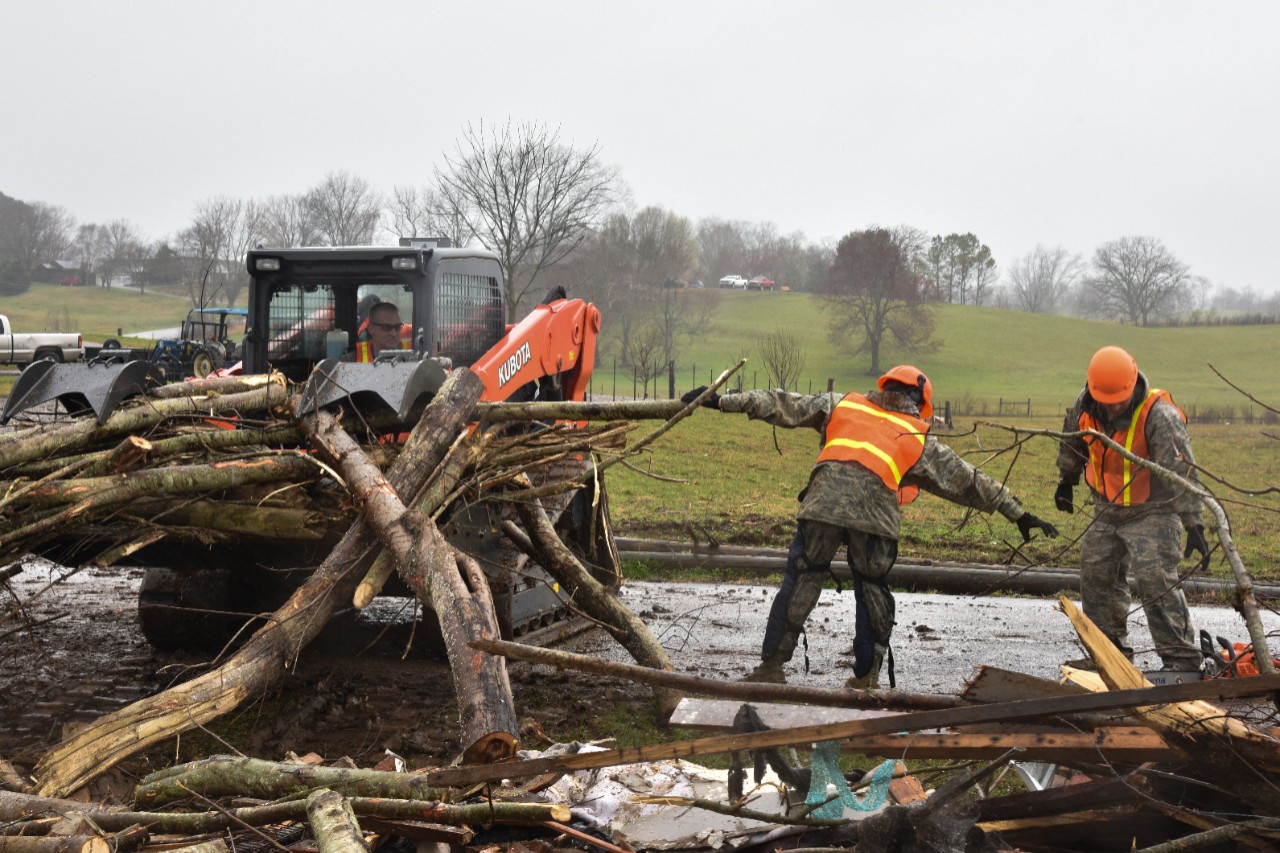 Airmen with the 134th Refueling wing, and Soldiers with the 194th Engineer Brigade work together to clear debris March 10, in a heavily impacted area of Cookeville. Both Air and Army National Guardsmen are conducting multiple operations throughout the state to aid in disaster relief efforts, after tornadoes ravaged central Tennessee overnight, March 2. (Photo by U.S. Army Staff Sgt. Timothy Cordeiro)