“Once we received the call, training kicked in and our crew was assembled and ready to fly in just two hours,” said Col. Jay Deason, State Aviation Officer. “This was a great opportunity to help our sister state and our fellow citizens.”

At approximately 2:15 a.m., a UH-60L Blackhawk helicopter from the Tennessee National Guard’s Detachment 1, Company C, 1-171st Aviation Regiment launched from Joint Base McGhee-Tyson in Knoxville to assist in the rescue.

After rerouting to the injury site due to low cloud cover, the crew made successful contact with the ground rescue team near Shining Rock, North Carolina. Within minutes, they located the injured hiker and began hoisting him aboard because the victim was located in dangerous, rough terrain on the side of a mountain.

Once the hiker was on board, the patient was flown to Hayward Regional Medical Center in North Carolina, when they received treatment for their injuries.

“This event is a great example of the many aviation support missions our Soldiers conduct throughout the year,” said Maj. Gen. Jeff Holmes, Tennessee’s Adjutant General. “The fact that our aviators and flight medics were able to respond so quickly to the request is a testament to their professionalism and selfless service and no doubt has saved many lives over the years.” 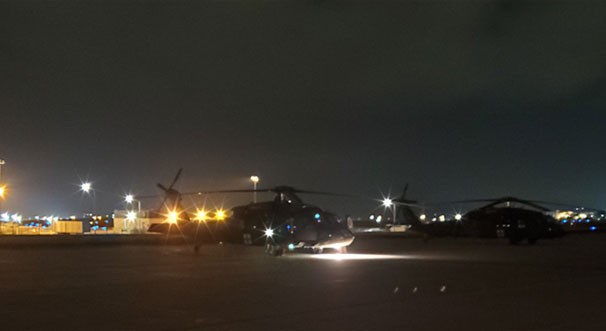