“There are many honors in being governor, but none greater than serving as Commander-in-Chief,” Lee said. “The 6.5 million people in the state of Tennessee and the millions of people across the world helped by the Tennessee National Guard have deep gratitude for what you did in your nine years as Tennessee’s Adjutant General and your 30 years of service before that.”

Lee also spoke about his confidence in Holmes.

“I feel confident that you will be able to step right in where General Haston has left off and serve the 13,000 men and women under your command,” said Lee. “I am proud that together we will be able to serve.”

Once Holmes took command, he described the gravity of his new opportunity.

“My position is not any more or less important than any in our formation,” Holmes said. “Young squad and platoon leaders are making life and death decisions every day, and it is our job to train them to be ready to do it. Military leaders are held to a higher standard, and we should be, because our mission is to lead our nation’s sons and daughters into war.”

Holmes went on to thank Lee for the opportunity to lead and thanked several mentors in the audience who he said, “saw more in him than he saw in himself.” Holmes also thanked his wife for her support and willingness to serve alongside him.

Holmes has 40 years of service in the Tennessee National Guard. He received his commission from Officer Candidate School after beginning his military career as a tank crewman at Fort Knox, Kentucky in 1979. Holmes commanded armor and armored cavalry units at the company, battalion and brigade levels. He served in Iraq during Operation Iraqi Freedom as a squadron commander for the 278th Armored Cavalry Regiment in 2004 and again as the regimental commander in 2010. Holmes’ most recent assignment was serving as the Deputy Commanding General for First Army. 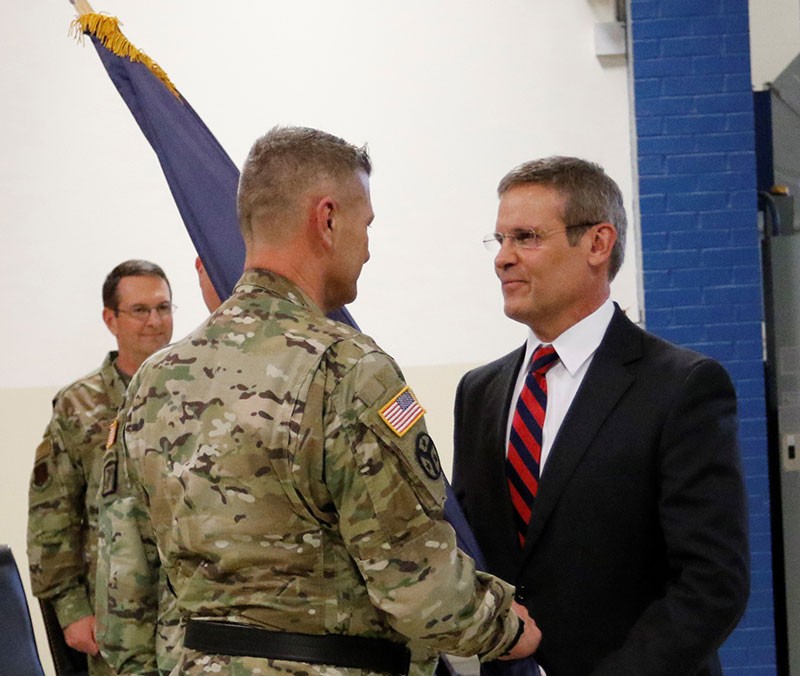