NASHVILLE, Tenn. - It shouldn’t be any guess as to which primary color is the U.S. Army’s favorite… GREEN! The various shades of earth tones in a soldier’s uniform reflects the terrain in which they operate. Just as nature conceals soldiers from the enemy, they are devoted to protecting the U.S. homeland from harm. Over the last few months, the Tennessee National Guard has been making great strides to become a much greener organization.

Throughout the summer of 2019, the Tennessee National Guard’s Joint Force Headquarters in Nashville has been doing its part to make itself more conservation conscious. As of September 4, it completed installing a state-of-the-art Solar Photovoltaic system to augment the organizations electric needs.

“The electrical demand at the headquarters building requires an operational range around 500-600 kilowatt-hour,” said Danny Brown, the Energy Manager for the Tennessee Army National Guard. “The solar panels we’ve installed out front of the building will reduce approximately 110 kwh of that demand.”

The use of solar power is not only better for the environment, it also saves tax dollars. The Tennessee National Guard fully supports Tennessee’s Customer Focused Government initiative, and intentionally makes efforts to reduce energy and save resources, keeping the state’s tax-payers in mind.

“Using solar power for our electrical needs is not only better for the environment, but it lowers our electric bill and saves money,” said Brown.

The construction of the solar powered system was also inexpensive to Tennesseans because it was a part of a federal grant. “We were able to match federal energy funds with a Clean Tennessee Energy Grant provided by the Tennessee Department of Environment and Conservation,” said Brown. These grants were established to provide financial assistance to municipal government, county government, utility districts and other entities in Tennessee to purchase, install, and construct energy projects.

“The Tennessee National Guard energy projects play a big role in achieving our Customer Focused Government goals,” said Col. Andrew Milligan, the Tennessee National Guard’s Construction Facilities Management Officer. “The installation of the photovoltaic cells in Nashville is just one of the many projects we have completed and we continue to plan more for the future.”

TDEC partnered with the Department of Military for a total of six grants in the past four years, supporting the Department’s energy footprint reduction efforts across the seventy-nine counties hosting a Tennessee National Guard facility. Five other sites across the state received a new photovoltaic system as part of the latest grant, and eight additional facilities received energy saving lighting improvements.

“We’ve been able to change our lighting systems from fluorescent to LED,” said Brown. “LED lights are more efficient than other alternatives, so this allows us to further benefit from TDEC’s Energy Grant Program.”

The Volunteer Training Site in Smyrna is home to other Tennessee National Guard solar powered systems, including solar-powered lighting and photovoltaic systems. It is also connected to a network metering system.

“On a network metering system, if you have excess electricity generated then that will go back into local utility companies and back to TVA grids to help supply other people,” said Brown. “Two of our buildings in Smyrna are on an agreement with network metering.”

The Tennessee National Guard is committed to energy conservation and saving tax dollars whenever possible. 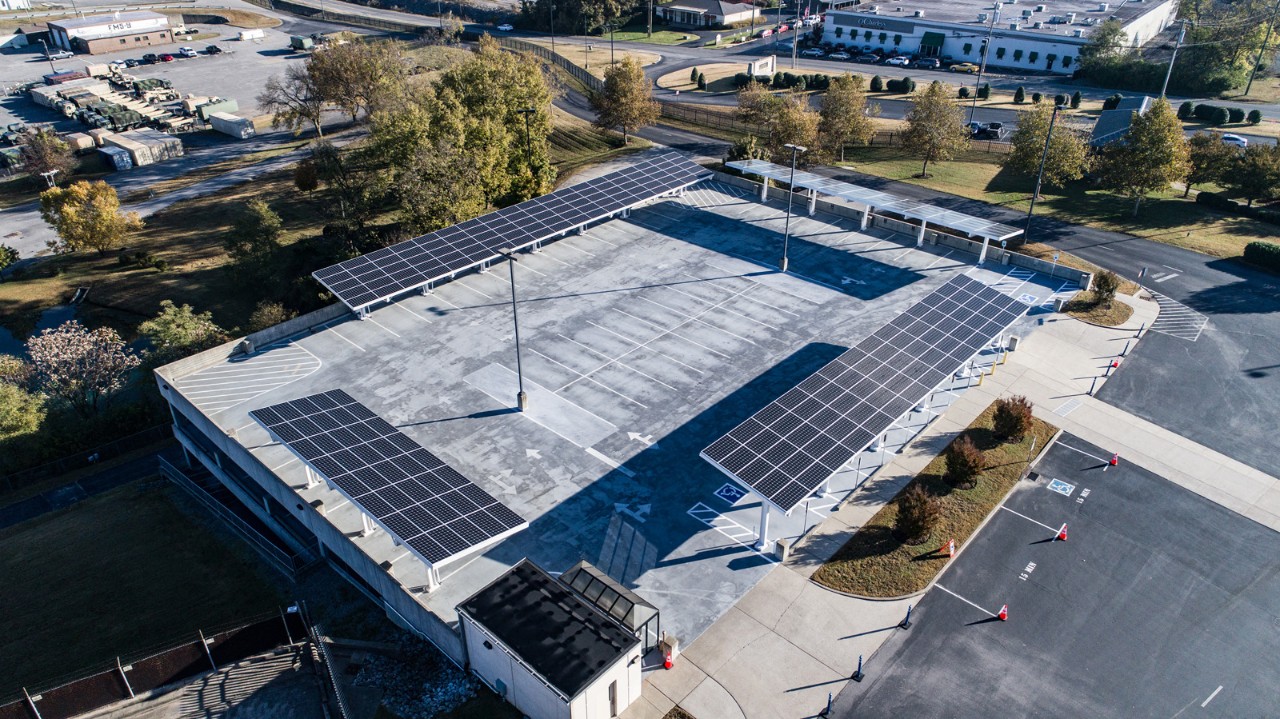 Aerial view of a state-of-the-art Solar Photovoltaic system parking canopy recently installed on the upper deck of the garage at Joint Force Headquarters, Tenn. National Guard in Nashville, November 6, 2019.  The system has the generating capacity of 106.6 kilowatts (kW) which can provide approximately twenty percent of the Headquarters building power needs.  (Photo by Sgt. Robert Mercado) 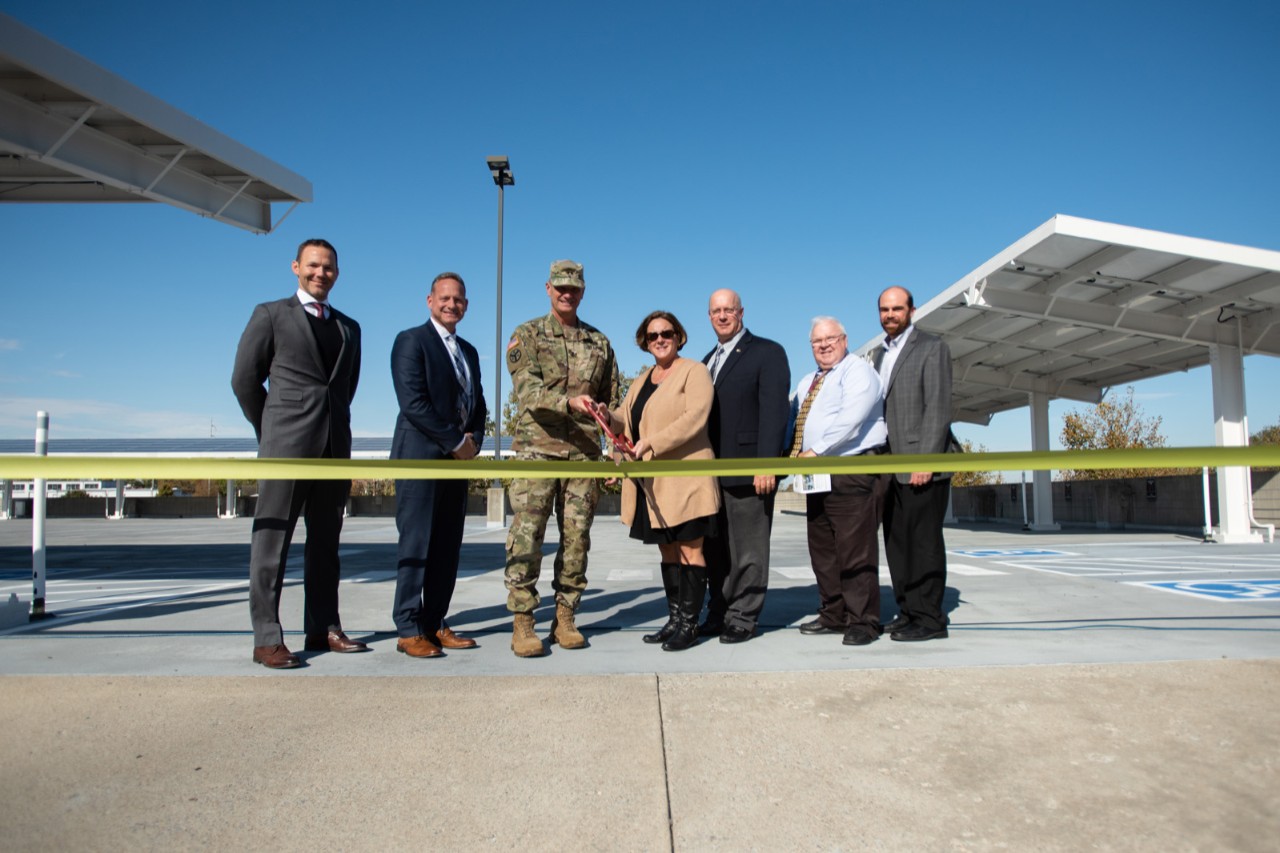 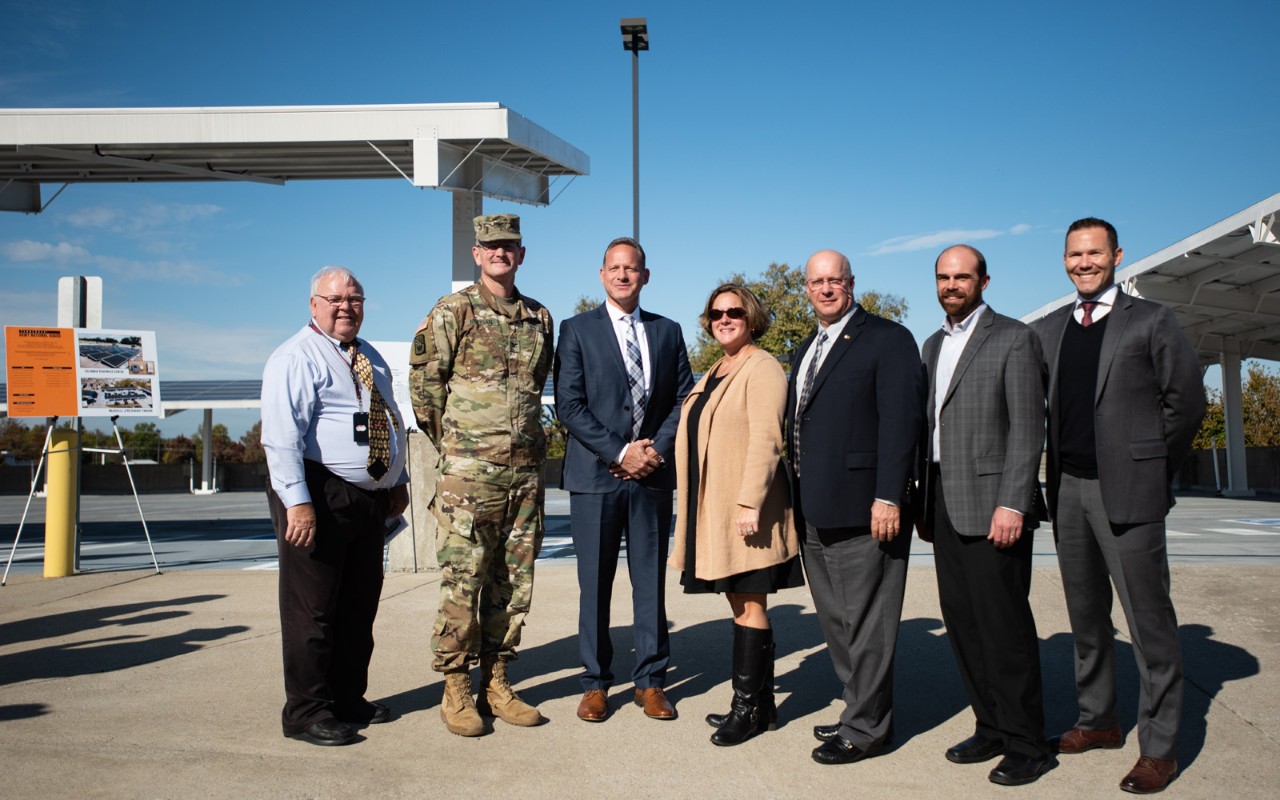