FORT IRWIN, CA – The Tennessee National Guard’s largest unit, the 278th Armored Cavalry Regiment headquartered in Knoxville, began arriving at the National Training Center in Fort Irwin, California, on April 26, to begin an advanced training rotation preparing for deployments to Poland and the Ukraine later this year. Over 3,000 Tennessee Army National Guard members from across the state will participate in a nearly month-long, complex field training exercise that simulates their warfighting mission.

“We’ve been preparing for this opportunity to train at the National Training Center since early last year,” said Maj. Gen. Terry “Max” Haston, Tennessee’s Adjutant General. “It’s an incredible opportunity for our Soldiers as they conduct some of the most realistic training available.”

The National Training Center is the premier training site for the United States Military located in the Mojave Desert in northern San Bernardino County. It is one of the few areas in the United States where a brigade sized unit can train together and practice brigade-sized missions. In addition to being Tennessee’s largest unit, the 278th is one of only five armored brigade combat teams in the National Guard.

The NTC challenges every Soldier that participates, preparing them to be more effective and efficient in their primary job functions. It will exercise and challenge every maneuver and support unit participating. “The Soldiers will train on maintenance, railhead operations, site preparation and convoy security, culminating in a week-long combat exercise,” said Brig. Gen. Tommy Baker, Tennessee’s Assistant Adjutant General – Army.

Tennessee is also not the only state participating. Units from 12 states, including 2 from the active Army, one Army Reserve and one Air National Guard, will serve various functions throughout the exercise to enhance their own skills based on the type of mission they perform. Soldiers from California, Colorado, Florida, Iowa, Michigan, Minnesota, Missouri, Mississippi, Nevada, South Carolina, Texas and Utah are all participating alongside the 278th.  A total of more than 5,000 personnel will participate in the rotation.

“Last summer the Regiment completed a major exercise at Fort Hood, Texas, paving the way and preparing the 278th for the training they are getting ready to receive,” said Baker. “I have the utmost confidence that the unit will leave the NTC ready for their real world mission later this year.”

More information about the Tennessee Military Department and the Tennessee National Guard can be found at https://www.tn.gov/military.html. 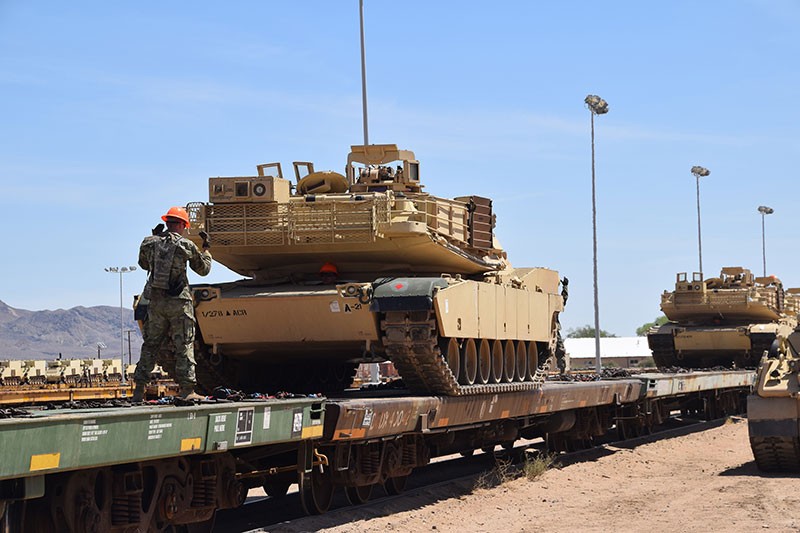