NASHVILLE, Tenn. – Soldiers and Airmen gathered in the Hall of Flags at the Tennessee National Guard Headquarters on December 13 to celebrate and honor the 382nd Birthday of the National Guard.

Maj. Gen. Max Haston, Tennessee’s Adjutant General, held the birthday celebration and cake cutting to remember the long and storied history of the Guard; the oldest component of the Armed Forces in the United States.

“382 years ago, local citizens pledged to put down their plows and pick up their weapons in defense of this great nation,” said Haston during the ceremony. “They were citizen-soldiers. They were willing to sacrifice their lives at a moment’s notice and that legacy continues in the citizen-soldiers of today’s National Guard.”

The National Guard is the only service component that has both a federal and a state mission, most noticeably, responding to natural disasters like hurricanes and floods.

“We are an important part of this nation’s defense, and always have been,” said Haston.

During the ceremony, Chief Warrant Officer 5 Lee Kies, 1st Lt. Margaret Page, and Airman 1st Class Antonio Romero joined Haston to cut the cake. It is customary that the oldest and most junior service member in attendance be given the honor of cutting the cake with a ceremonial saber. Kies, the senior member in attendance, represented the Guard’s past while Page and Romero represented the Guard’s future.

“It was a great honor to be able to participate in the ceremony,” said Romero, who is assigned to the 246th Intelligence Squadron in Nashville. “I’m proud to be in such an organization as honorable as this.”

The military organization we know today as the National Guard came into existence on December 13, 1636 when the Massachusetts General Court in Salem, ordered the militia companies around Boston to form militia "regiments." The Massachusetts General Court created the North, South, and East Regiments. The regiment would later become the basic unit structure for the Continental Army and all other colonial military organizations. This act is widely considered the birth of today's National Guard.

Today’s National Guard, comprised of more than 450,000 men and women in the 50 states, 3 territories (Guam, Puerto Rico and the Virgin Islands) and the District of Columbia, continue to protect the homeland. They also provide the Army and the Air Force a proven and lethal combat force. 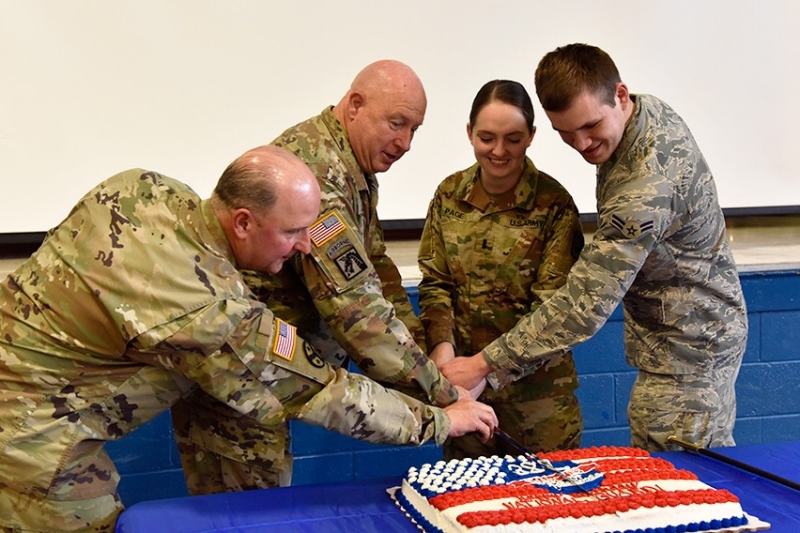