Governor Lee has appointed the following to serve five-year terms as commission members:

Kem Hinton – is an architect, LEED professional, urban designer, author, historian, graphic designer, lecturer, and visual artist. He holds a bachelor’s degree in Architecture from the University of Tennessee and a master’s degree in Architecture from the Ecole des Beaux-Arts in Paris, France. In 1984, Hinton and Seab Tuck established Tuck-Hinton Architects, and there he was responsible for award-winning projects including Tennessee Aquarium IMAX Center, Vanderbilt University Admissions Building, Tennessee World War II Memorial, Civil Rights Room in the Nashville Public Library, Woodmont Hills Church of Christ, Tennessee State University Campus Center, Cumberland Valley Girl Scout Center, Tennessee Valley Unitarian Universalist Church, and MTSU Sports Hall of Fame. Hinton was the designer of the Tennessee Bicentennial Capitol Mall in Nashville and the author of A Long Path: The Search for a Tennessee Bicentennial Landmark, which documents the design of the 19-acre state park and Tennessee’s grand 200th birthday celebration. In 2019, Kem Hinton Design was established, as the reins of Tuck-Hinton Architects were handed over to younger owners. Hinton is the lead designer of the new Tennessee State Library & Archives, Wings of Liberty Military Museum at Fort Campbell, Tennessee Gulf Wars Monument, and the Votes for Women Room in the Nashville Public Library which honors the 100th anniversary of the 19th Amendment. In 2019, he received the AIA Tennessee William Strickland Lifetime Achievement Award. He is a member of the AIA College of Fellows and serves on the board of both the Nashville Downtown Rotary Club and the Leadership Nashville Alumni Association.

Robert Hicks – is an author and performing arts manager. He is a partner in the B. B. King’s Blues Clubs in Nashville, Memphis, Orlando and Los Angeles. His essays have appeared in Garden and Gun magazine and The New York Times, in addition to other publications. His book titles include The Widow of the South; A Separate Country; Nashville: the Pilgrims of Guitar Town; and A Guitar and A Pen: Short Stories and Story-Songs By Nashville Songwriters. A collector of southern material culture, he served as curator for the exhibition, Art of Tennessee, at the Frist Center for the Visual Arts in Nashville. He has served on the boards of the Tennessee State Museum, the Williamson County Historical Society, and the Museum of Early Southern Decorative Arts in Winston Salem, North Carolina. He presently serves on the board of directors of the Ogden Museum of Southern Art in New Orleans and of Historic Carnton Plantation in Franklin, Tennessee. He is founding chairman emeritus of “Franklin’s Charge: A Vision and Campaign for the Preservation of Historic Open Space” in the fight to secure and preserve both battlefield and other historic open space in Williamson County. 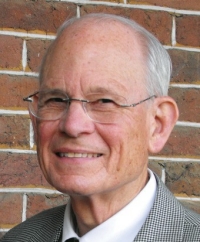 Bill Kennedy – is an Independent Medical Examiner in Orthopedic Surgery and member of the Washington County Records Commission, as well as the Jonesborough Traffic Advisory Committee. He holds two degrees from Emory University: the first in Humanities from the College of Arts and Sciences and the second, his doctorate, from the School of Medicine. He served eight 5-year terms on the Jonesborough Historic Zoning Commission, culminating in service as Chairman from 1983 to 2020. He has served on the Board of Trustees for the Jonesborough Washington County Heritage Alliance, an organization he helped establish, and held the presidency from 2005-2008. He holds an Honorary Lifetime membership in the Jonesborough Civic Trust and has chaired nine annual Historic Preservation Conferences for the organization. Long active in the National Trust for Historic Preservation, he has been a Forum member; served on the Trust’s Board of Advisors; and served on the advisory committee to form the Tennessee Preservation Trust.

Frank Stevenson – is Associate Vice President of Student Affairs and Dean of Students at Tennessee State University as well as advisor of the TSU Gospel Choir and director of the Men’s Center. Stevenson holds a B.A. from the University of Tennessee at Martin and a Master of Public Administration from Murray State University. He recently served as executive director of a charter school and executive deputy director for the Tennessee Office of Minority Health. He is the founding pastor of City of Grace Church. He serves on the board of the Nashville General Hospital and on the Governor’s board of Post-Conviction Review. 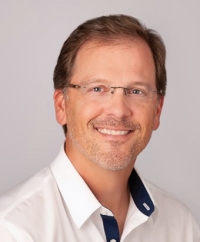 Hanes Torbett – is owner of Torbett Insurance & Finances Services in Johnson City, Tennessee. He is a graduate of the University of North Carolina at Chapel Hill and holds a B.A. in Industrial Relations. In addition to providing employee benefits consulting and brokerage services, Torbett has worked with numerous companies on benefit plan design, health care data analysis, and the use of technology in insurance and employee benefits. Under his leadership, Torbett Insurance & Finances Services has become one of the most successful insurance brokers in the state. Torbett was recently awarded the 2021 President’s Inner Circle qualification, George B. Pearson Sales Leadership Award and Wall of Fame Award. He currently serves on the Tennessee Sports Wagering Advisory Counsel and is looking forward to bringing his passion for preserving Tennessee history and heritage to his role on the Tennessee Historical Commission.

In April, the THC lost former chairman and longtime member, Judge Harry W. Wellford of Memphis. He was 96 years old. A Phi Beta Kappa graduate of Washington and Lee University, Judge Wellford received his law degree from Vanderbilt University. In 1971, Wellford was appointed to serve a five-year term on the THC by Governor Winfield Dunn. At that time, Wellford was serving as the United States District Judge for the Western Division of Tennessee. In 1973, when THC’s offices were still housed in the State Library and Archives Building and all meetings were held there, he was elected Vice-Chairman. The following year THC held a meeting in Knoxville. From then on (for the first time since the Commission was established in 1919) they began meeting regularly outside of Nashville. According to fellow Memphian and current THC Chair Derita Coleman Williams, Judge Wellford never tired of sharing fond memories of these meaningful THC meeting trips and acknowledging the agency’s statewide accomplishments over the years.

Judge Wellford was elected chairman of the Commission in 1975. During his tenure, the by-laws were revised to provide for the election of two vice-chair positions who, with the chairman, would represent the three divisions of the state. Also, administration of the THC was transferred from the state’s Department of Education to the Department of Conservation (now the Tennessee Department of Environment and Conservation). After his term as Chair, Wellford was elected to serve for two years as vice-chair for West Tennessee. During the 1980s he took a break from THC and served on the Tennessee Capitol Restoration Committee. Wellford returned to THC in 1995 after being appointed by Gov. Don Sundquist and served on the Tennessee Wars Commission Committee. In 2001, the year he retired from his position as a federal judge and shifted his focus to writing history, Wellford joined the Publications Committee. His final term as a commission member concluded in 2005.

At his retirement in 2001, Memphis’ Commercial Appeal published a tribute to Wellford’s professional life, detailing his career as a judge in the U.S. District Court from 1971-1982 and U.S. Sixth Circuit Court of Appeals from 1982-1991, with Senior Status from 1991-2001. In the article Wellford explained how presiding over two criminal obscenity trials in the 1970s brought him unwanted national attention. However, Wellford stated, appointment to the Sixth Circuit Court by President Ronald Reagan in 1982 provided him with “a wonderful opportunity” and “awesome responsibility” that he thoroughly enjoyed. Twenty years later, at the time of his death, the Daily Memphian published a tribute to Judge Wellford. “Respect,” the editorial said, was the operative word to describe Judge Wellford. The THC heartily agrees and offers its condolences to his family and friends.