The National Register of Historic Places is the nation’s official list of cultural resources worthy of preservation. It is part of a nationwide program that coordinates and supports efforts to identify, evaluate and protect historic resources. The Tennessee Historical Commission, the state agency that is designated as the State Historic Preservation Office administers the program in Tennessee.

Ten sites recently added to the National Register of Historic Places are:

The Envision Cayce planning process of Metro Nashville’s Metropolitan Development and Housing Agency (MDHA) was created to revitalize the James Cayce Homes public housing, but resulted in the demolition of historic resources. The mitigation for the loss of historic resources resulted in a Nashville Public Housing Multiple Property Documentation Form (MPDF) and a National Register nomination for the Cayce Administration Building. Marr and Holman, Nashville architects, designed the Classical Revival building, which was completed in 1943. It was built to house the Nashville Housing Authority, later named MDHA, the city agency responsible for all public housing programs. MDHA continues to use the building as offices. 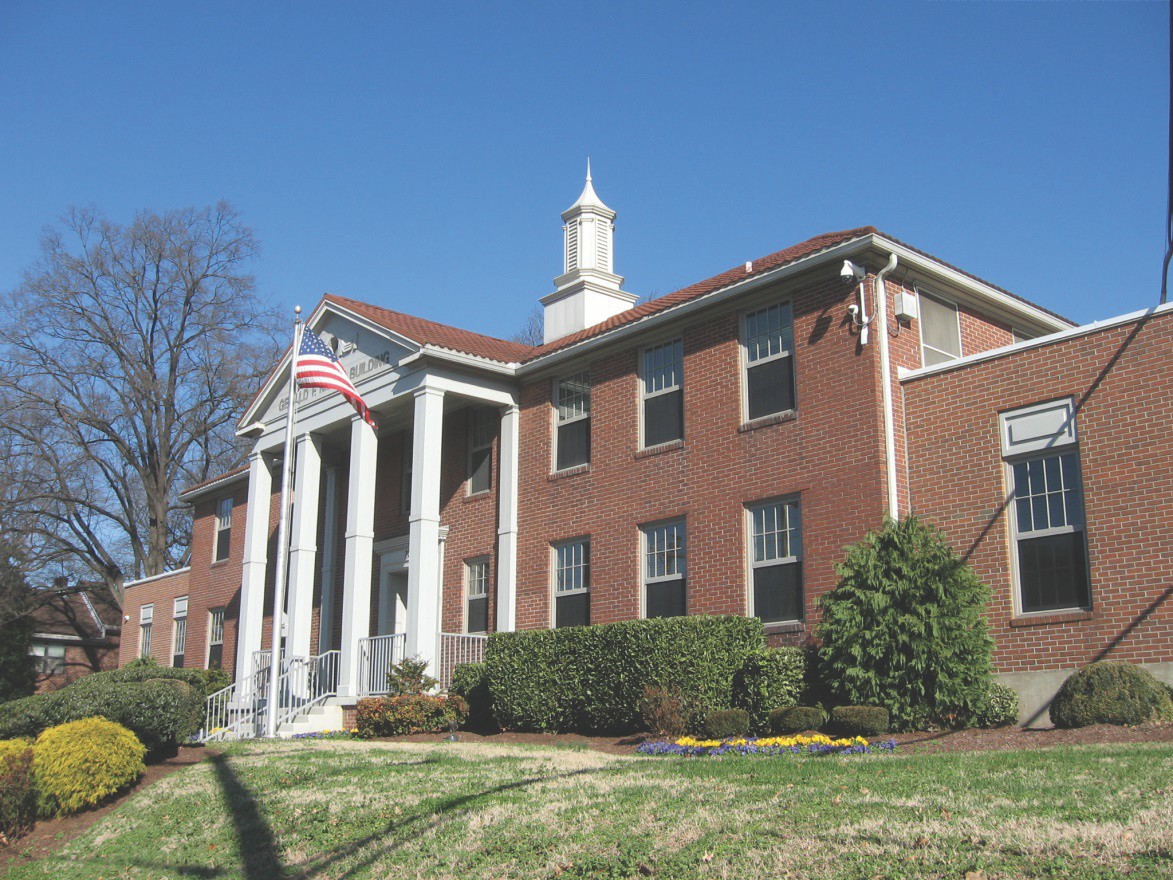 A 1932-33 Spanish Revival style house is the centerpiece of 758-acre Hardwick Farms. Agricultural outbuildings, a garage, and servant’s house and landscaped grounds are a few of the other features that make this property a good example of a model farm from the 1930s. C. L. Hardwick purchased and consolidated several smaller farms, grew tobacco, and was known for his Aberdeen-Angus livestock. His farming enterprise exemplified progressive trends of the early 20th century. The house was designed by the Knoxville architectural firm of Barber and McMurray and the grounds were designed by Knoxville’s Charles F. Lester. Hardwick was a well-known businessman, operating the Hardwick Clothes Company, Hardwick Woolen Mills, and the Hardwick Stove Company. His philanthropy supported many civic projects in Cleveland. The farm is held in a family trust and the land is rented out for livestock raising.

Charles L. Lawhon was a revered marble stone mason in New Orleans and Knoxville. Known for his monuments and decorative stonework, circa 1922-24, he designed his own home in the Morningside area of Knoxville. City directories recorded Lawhon as a marble designer, marble estimator, and sometimes as an architect. The two-story stucco house in Knoxville is the only house he is known to have designed. It is a stylistic mix of bungalow, English Cottage Revival, and Tudor Revival. Prominent features include textured brick, a large front dormer, flared eaves, a variety of casement windows, and built-in interior features such as benches. Lawhon died in 1926 and the family owned the house until the 1940s. The current owner is rehabilitating the house. 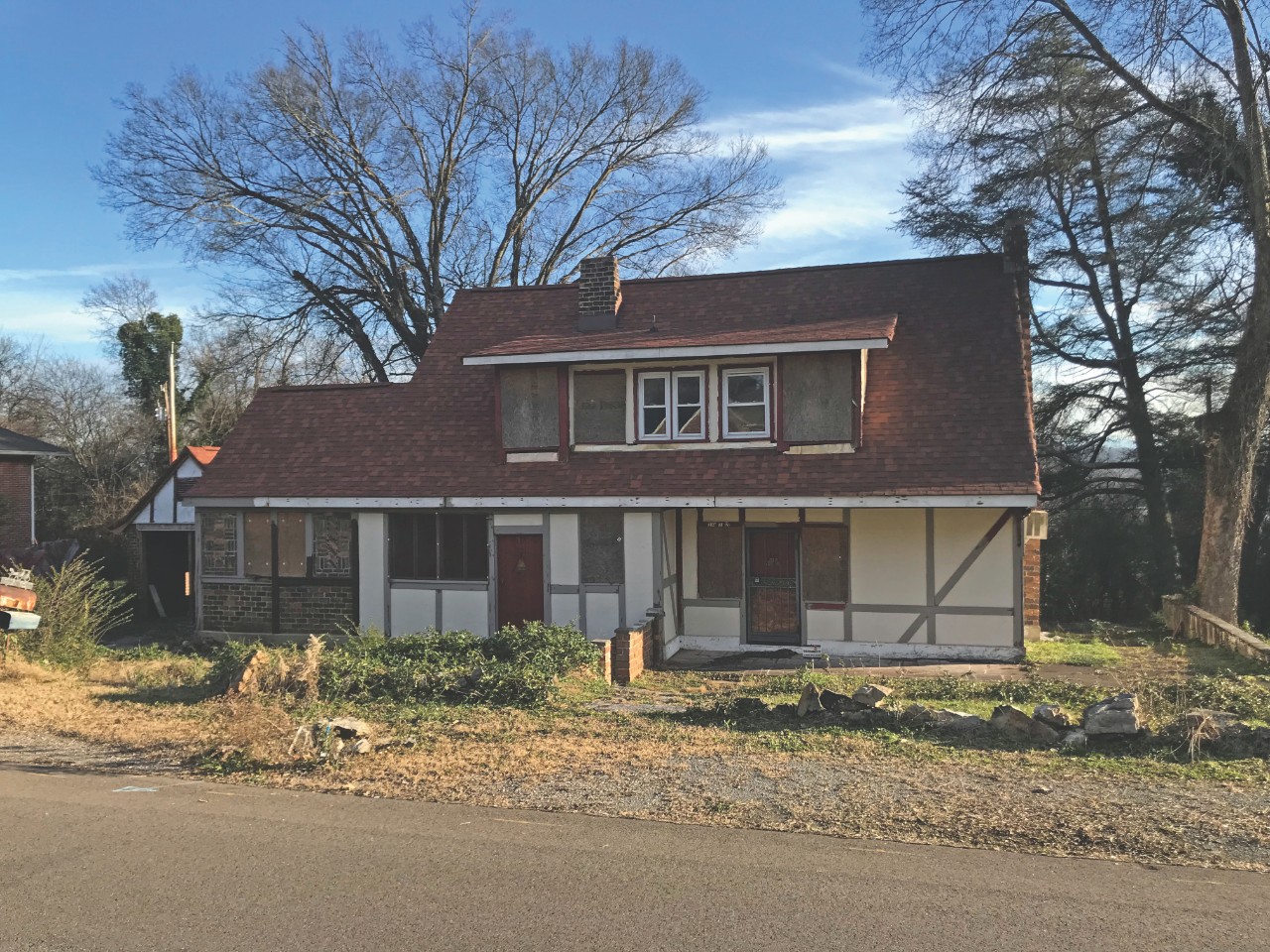 The Bank of Loretto was chartered in 1910. After the original bank building burned circa 1924, the current building was constructed. C.K Colley and Company Architects from Nashville were the architects of the building. Colley practiced from 1899 to 1956, but the C.K. Colley and Company was only in operation from 1922-1928. Local lumber company Augustin Lumber, established in 1900, built the new bank building. The Classical Revival style bank is sheathed in stone veneer and distinguished by its symmetrical façade and pediment entrance. Semi-circular arched windows flank the single-door entrance. The interior retains historic flooring and skylights. The Bank of Loretto moved to a larger building in 1967, and the building is now used as a restaurant. 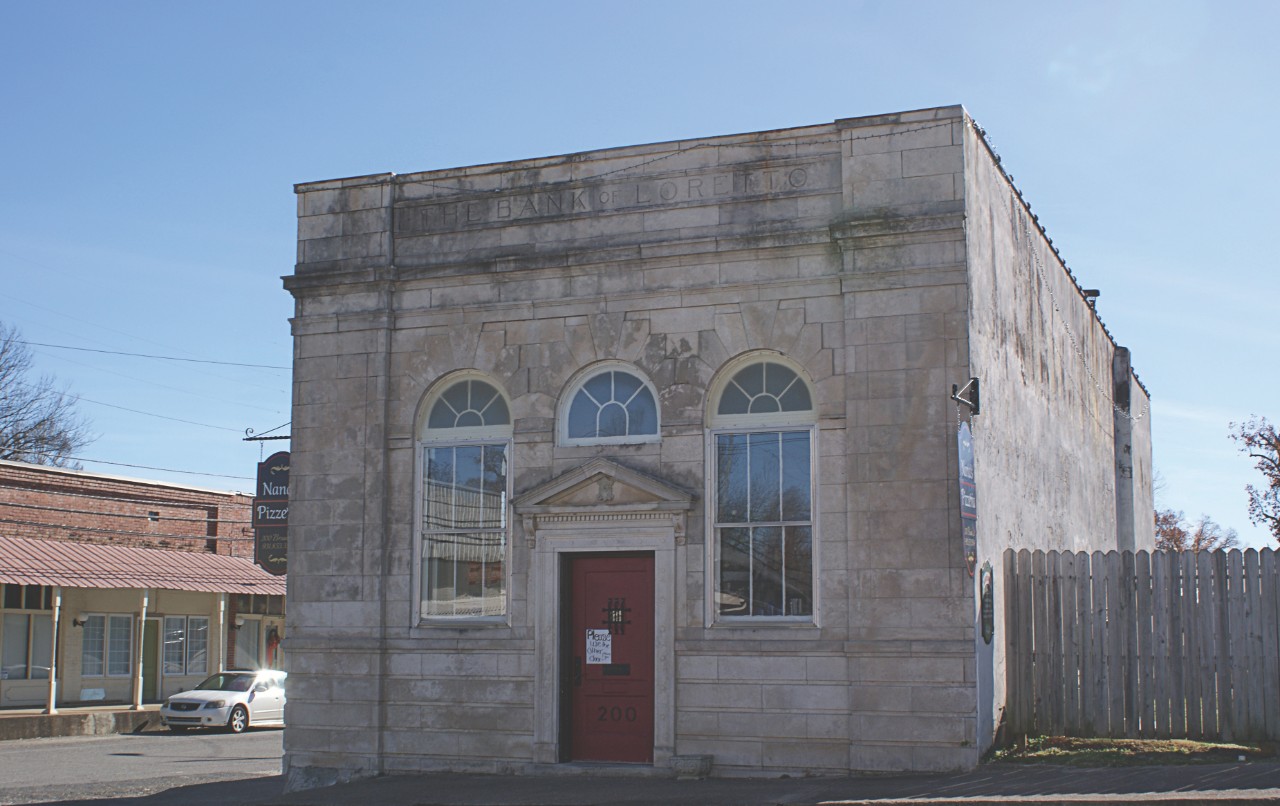 Better known today as the Water Street Abbey, the historic church building was constructed in 1910 for the Presbyterian Church, U.S.A. Rev. E. L. Orr drew plans and made suggestions for the structure, but the actual architect is unknown. The first services in the new sanctuary were held on January 11, 1911. Situated at the corner of Water Street and 3rd Avenue in Lewisburg, it is a prominent example of the Late Gothic Revival style. The exterior of the brick building features a corner bell tower delineated by Gothic arch openings with y-tracery, a steep pitch roof, and large windows. The interior retains its Akron plan, with moveable doors that allow for classroom spaces or a larger sanctuary when needed. When the Presbyterian Church, U.S.A. disbanded in 1939, the building was purchased by the Water Street Church of Christ, who held services here until 1967. The structure is currently under new ownership. 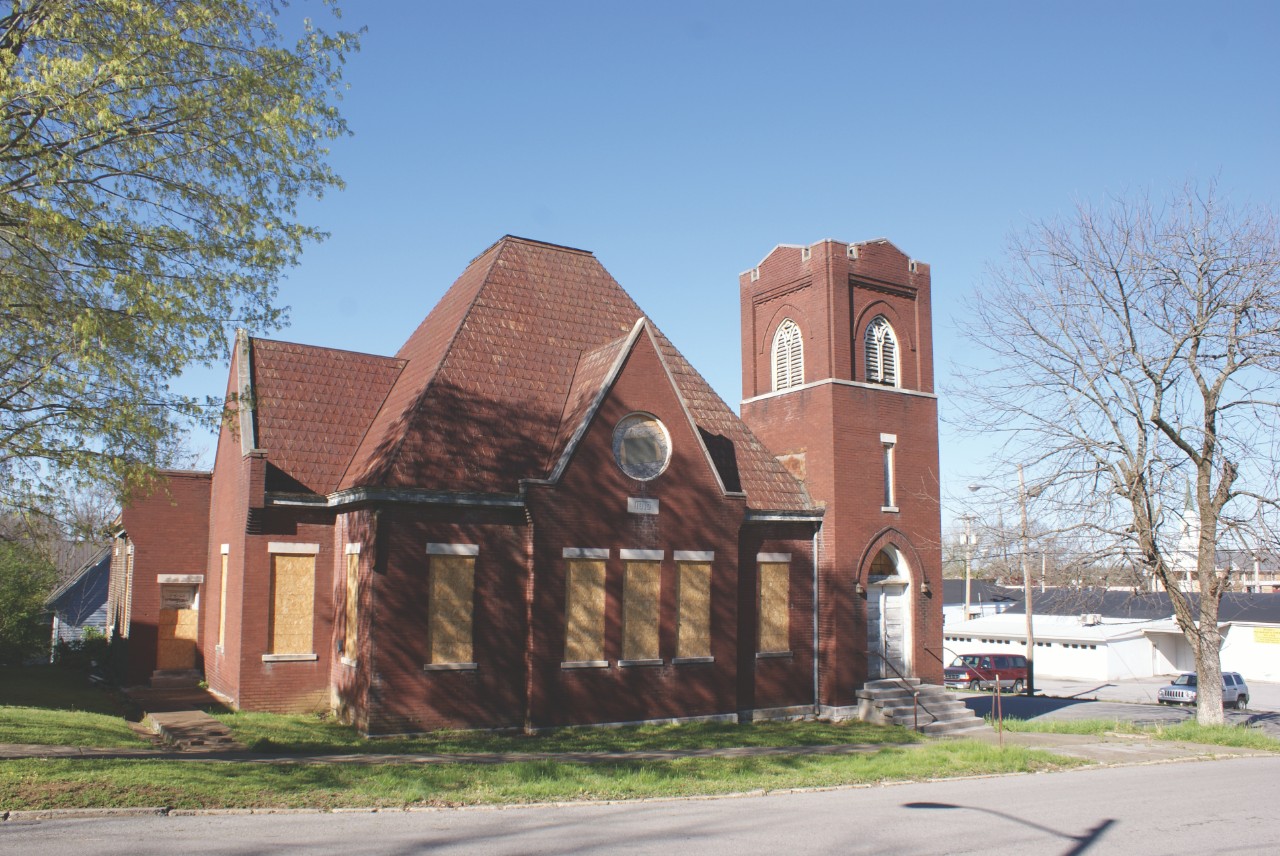 The Frierson Chapel property is composed of a 1946 church building, the remains of a school, a privy and a cemetery that was established circa 1880. The congregation was formed as the New Bethel (CME) Church in 1870. It was not until the extant church building was constructed that it became known as Frierson Chapel, named after Rev. R.D. Frierson, who became the pastor in 1946. The historic church served the African American community in Cooperstown until 1992. The school was open until 1949 when it was consolidated with the larger African American Bransford School in nearby Springfield. The nominated property is a good representation of the pattern where African American schools and churches were constructed adjacent to each other and were used not only for education and religious purposes but as community centers.

Located adjacent to the National Register listed Central Gardens Historic District, the Barksdale Mounted Police Station is a unique example of a municipal police station where both police and horses were accommodated. E.H. Crump was elected mayor in 1910 after campaigning to improve the city’s police and fire department. Fire Station No. 1, the Central Police Station, and the Barksdale station were three of his first projects. The Classical Revival style station opened in 1911, with 16 mounted policemen patrolling the area – 10 at night and 6 during the day. Situated near Crump’s house, it was the first suburban police station in Memphis. The station was closed for a short time in 1918 and the horses auctioned off. Later, bicycles and cars were used for patrols until the station closed in 1958. After use by the Memphis Boys Club and for record storage, the building was sold. The new owners plan to rehabilitate the building using the Federal Historic Preservation Tax Incentives program. 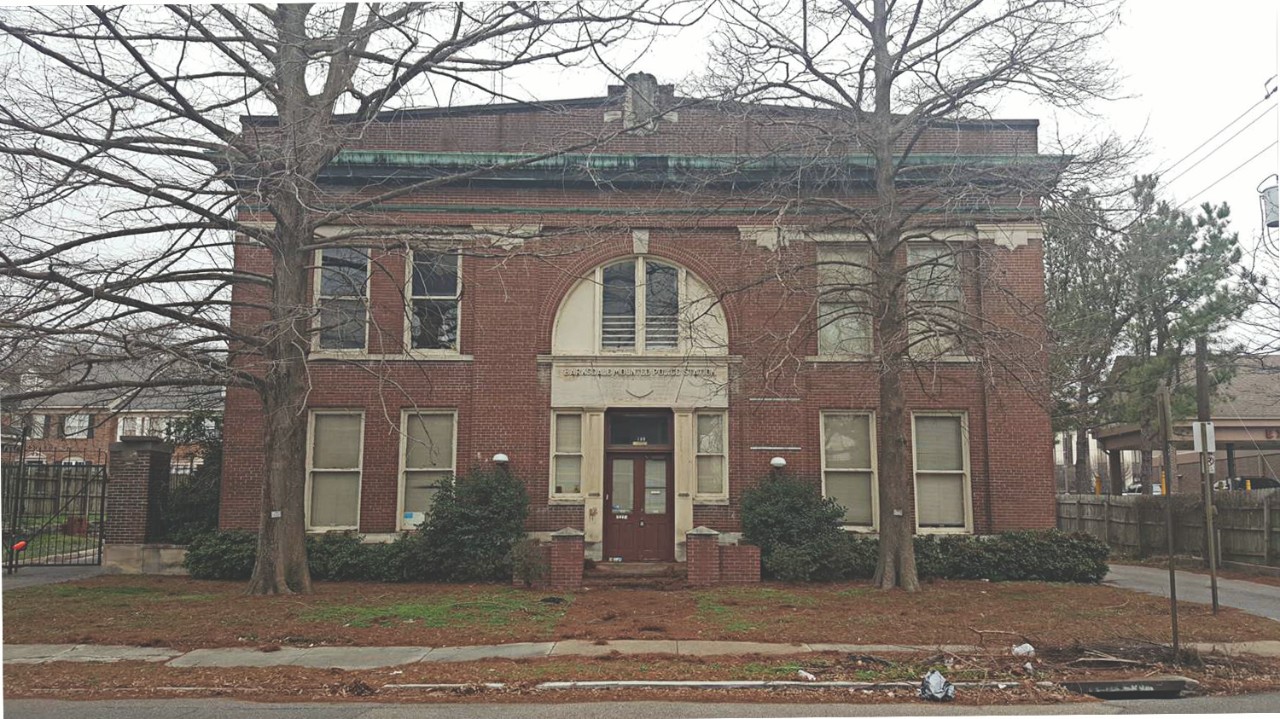 Hoyt Wooten, engineer and radio/television station owner, built his house on 27 acres in the Whitehaven community, south of Memphis, around 1938. At the height of the Cold War, Wooten designed and built a fallout shelter in his backyard. Completed 1961-1963, the 5,600 square foot fallout shelter was designed to hold 65 people for a month if a nuclear bomb was dropped near Memphis. Rooms in the shelter included a fully-equipped kitchen, male and female dormitories, recreation room, bathrooms, radio communication room, and a morgue. The interior of the shelter was designed by Memphis architect and interior designer William Nowland Van Powell, known for his designs for the Greyhound Lines bus company. The shelter is now part of a gated community and for many years was used as their community center. 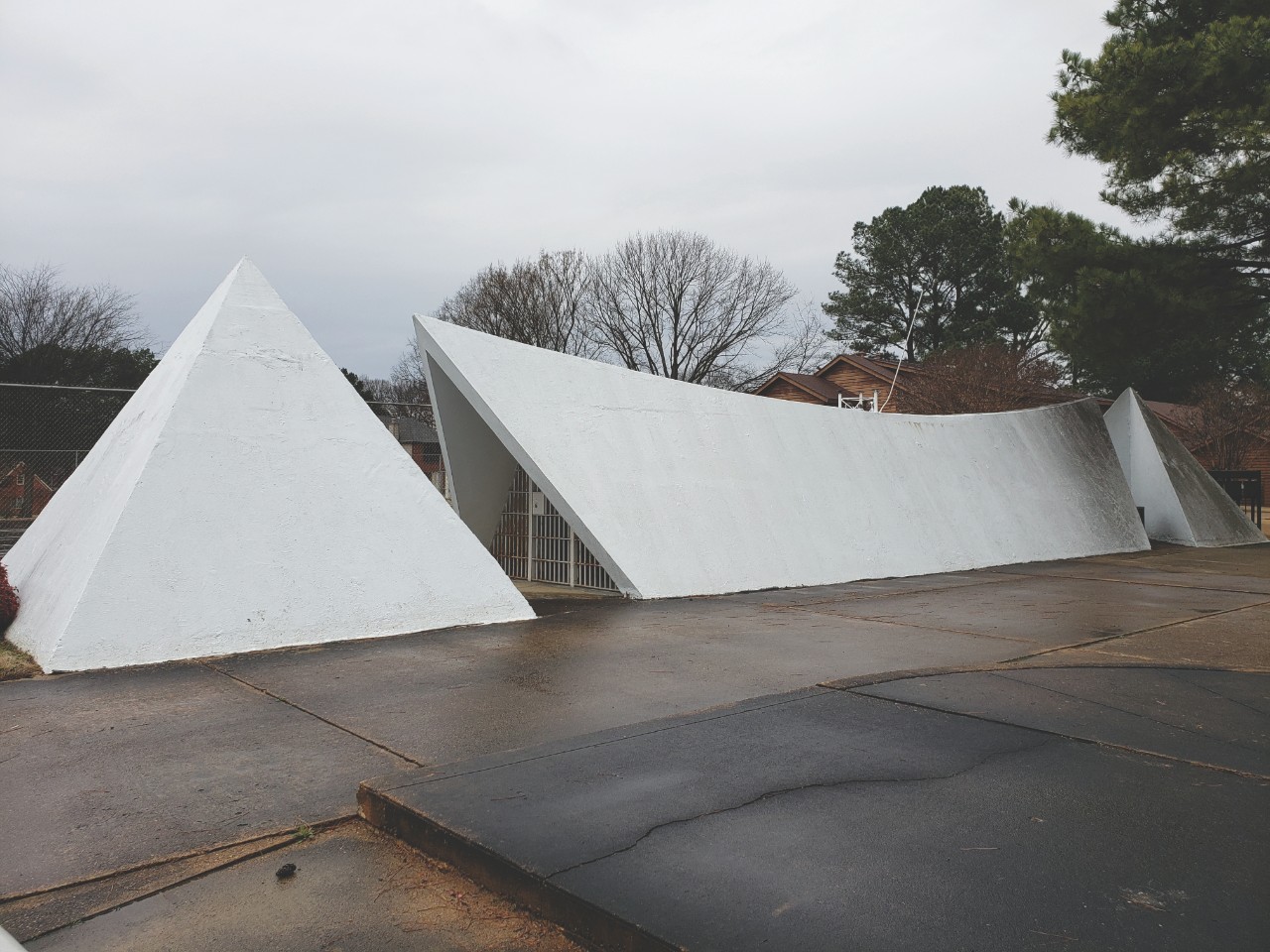 The Jonesboro Historic District was first listed in the National Register of Historic Places in 1969. It was one of the state’s first nominations for the town that is considered the oldest town in Tennessee. The original documentation focused on the settlement history and earliest houses. The town has been an active participant in historic preservation since that time, initiating historic design guidelines and working with the SHPO to become a Certified Local Government. With the passage of almost 50 years, Jonesborough received a matching grant from the SHPO to update and revise the original nomination so that 20th-century property could be included in the district and the history could be expanded to include 20th century events. 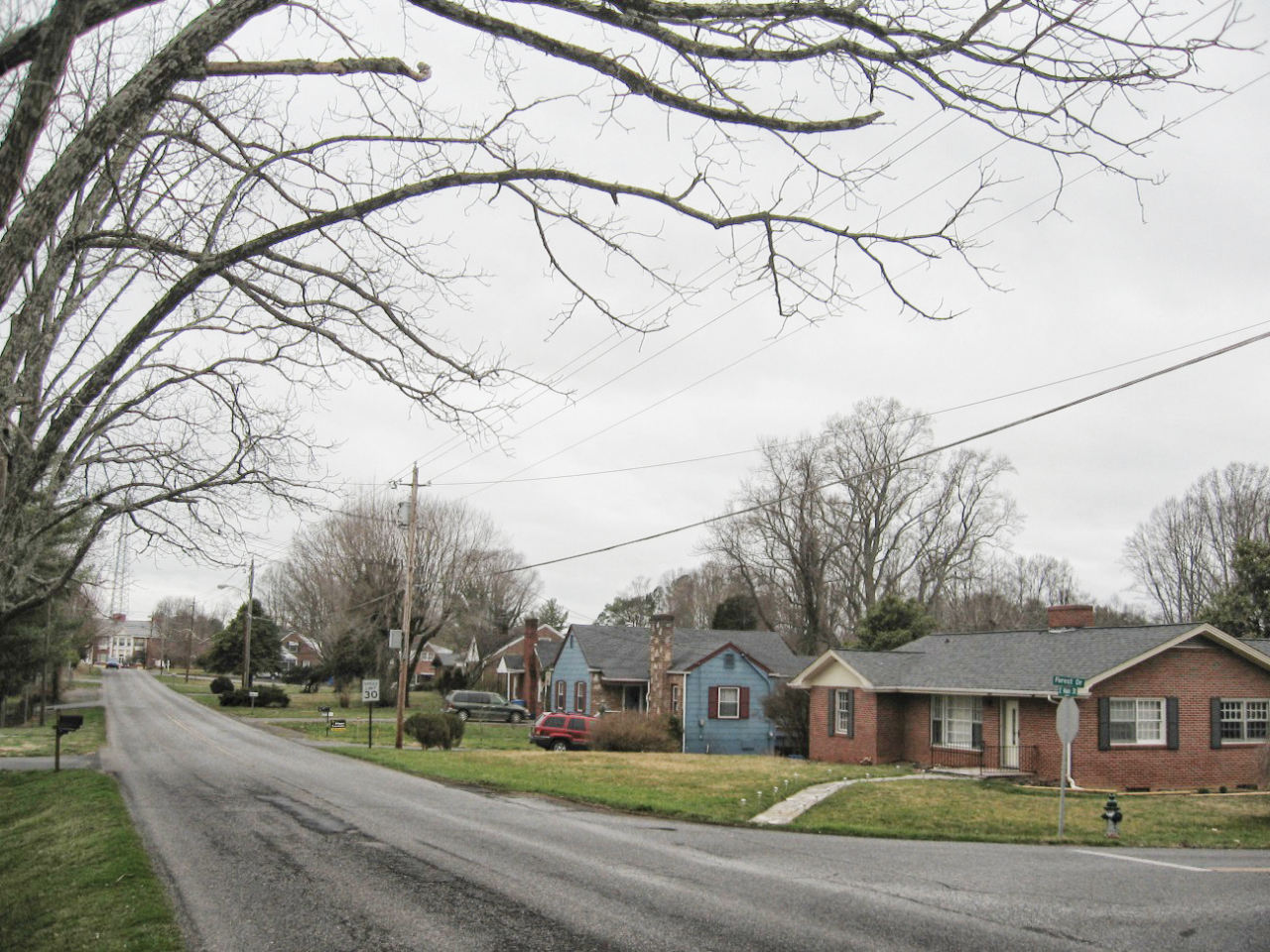 The Mount Cammerer Fire Lookout, in the Great Smoky Mountain National Park, in Cocke County, is a two-story octagonal structure partially built into the side of Mount Cammerer It was constructed in the late 1930s by the Civilian Conservation Corps. Walls are made of roughly squared stone and laid in broken courses and rise to the level of the windows on the second level. Peeled round log rafters support an eight-sided pyramidal roof. A log and plank observation platform with balustrade is supported by log support beams. A wooden external stair case provides access to the platform. It is one of ten fire lookout or fire towers built within the Great Smoky Mountains National Park. Mount Cammerer Fire Lookout was the only stone lookout built within the park. The lookout is an important example of the National Park Service (NPS) 1930s rustic architecture design approach. 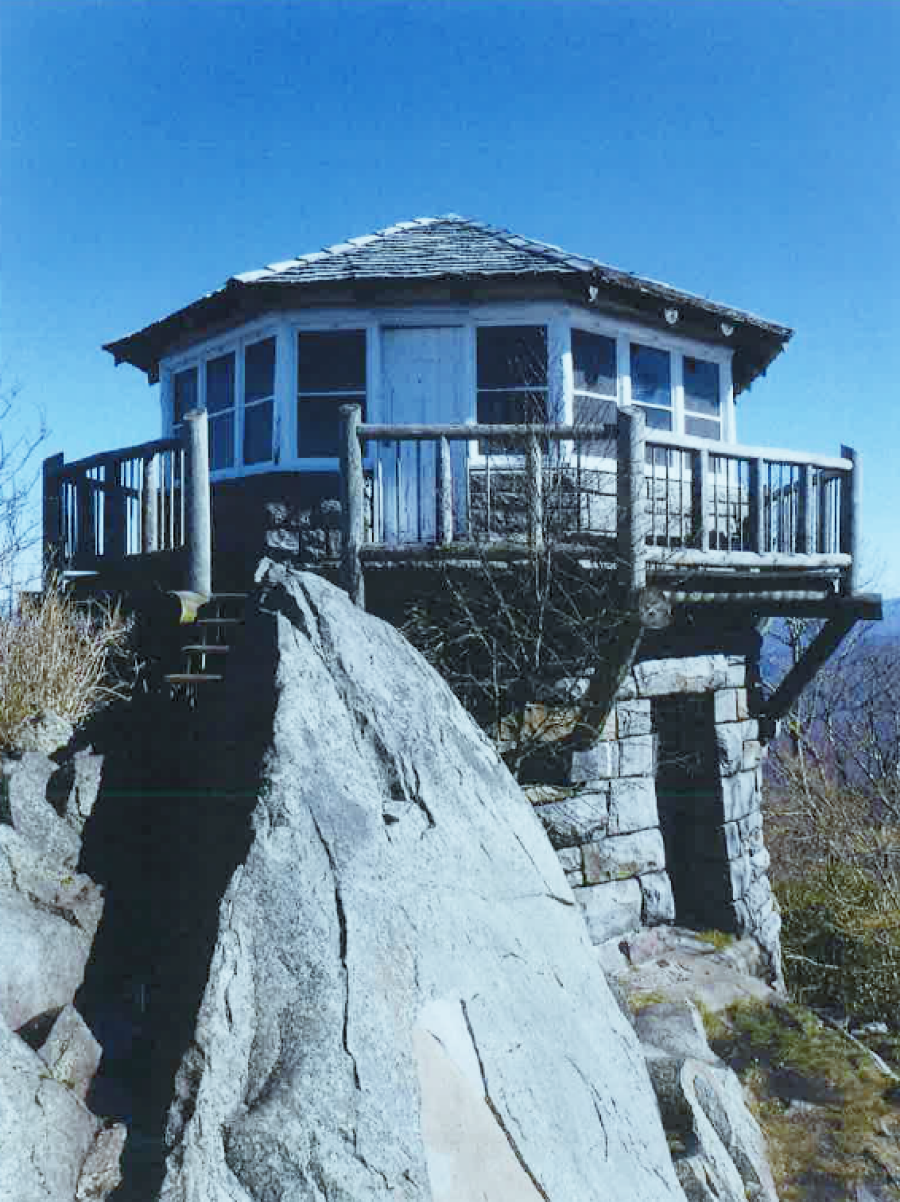 For more information or copies of the nominations contact Rebecca Schmitt at Rebecca.schmitt@tn.gov or Chris Kinder at Christopher.kinder@tn.gov