A Monumental Application for High-Tech Maintenance

On July 20, the Tennessee Historical Commission learned that the Battle of Nashville Peace Monument had been spray-painted with insulting messages across the monument’s base.

This monument stands on a preserved portion of the December 1864 Battle of Nashville Civil War battlefield, situated at the intersection of Granny White Pike and Clifton Lane.  Once slated to become a highway interchange, this site is now a passive park.  The monument was originally erected at a different, but nearby, location in 1926.  Years later the construction of I-440 made that original site largely inaccessible, necessitating the monument’s relocation.

The Tennessee Historical Commission, through a foundation created for the purpose of raising money to repair the monument after it had been toppled by a tornado in 1974, led the successful effort to move and restore the monument in the 1990s. In addition to private funding, a $150,000 transportation enhancement grant from the Tennessee Department of Transportation supported creation of an outdoor amphitheater at the new site.  The Commission oversaw the recreation of the destroyed obelisk, restoration of the bronze sculpture, construction at the new location, and has continued to maintain the monument and site since then.

Executive Director Patrick McIntyre and State Historic Sites Programs Director Dan Brown visited the site within an hour of learning about this summer’s damage and swiftly procured an emergency contract with a historic conservator, the Tradesmen Group, to sensitively remove the paint as quickly as possible.  These conservation professionals used a state-of-the-art laser removal system in combination with applied poultices to skillfully remove the graffiti with no damage to the monument. 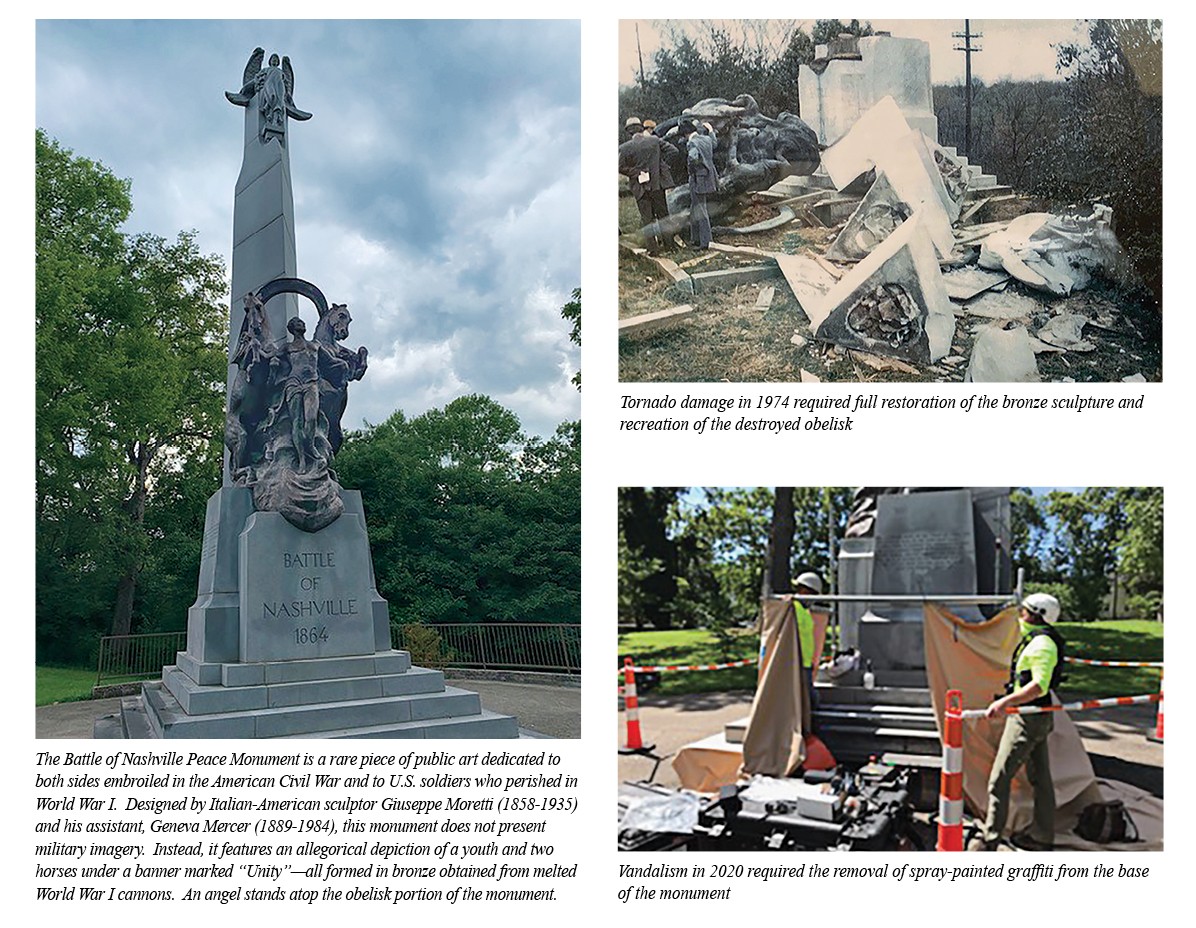