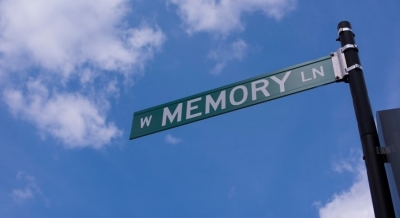 Dementia is an overall term to describe a group of conditions  that lead to a loss of thinking, memory and reasoning abilities to such an extent that daily life activities are impaired.  People with dementia may have problems with their short-term memory-- keeping track of a purse or wallet, paying bills, planning and preparing meals, remembering appointments or getting lost in their own neighborhood.  Dementia is caused by damage to brain cells. This damage blocks the ability of brain cells to “talk to” each other. When brain cells cannot “talk to” each other the way they should, thinking, behavior and feelings can be affected.

Alzheimer's disease is the most common type of dementia. Alzheimer’s disease happens when certain proteins build up in the brain to form ‘plaques’ and ‘tangles’. The presence of these plaques and tangles results in the loss of connections between nerve cells (neurons) and, in time, to the death of nerve cells and loss of brain tissue. The part of the brain responsible for learning and memory is called the hippocampus, and the brain cells in the hippocampus are the first to be damaged. That's why memory loss is often one of the first symptoms of Alzheimer's disease. Symptoms begin slowly but over time a person’s thinking and language abilities can become severely impacted . While everyone loses some neurons as they get older, people with dementias lose more of these cells than normal.

The Difference Between Alzheimer’s and Dementia (video)

The Truth About Aging and Dementia  (CDC)