Which Types of Ticks Live in Tennessee?

There are six key species of ticks that live in various parts of our state. Click on the name of each tick below to see its scientific name, where it is mainly distributed in the U.S., which diseases it transmits in Tennessee, and other relevant notes. For more information on the different species of ticks, see the CDC's Tick ID web page.

Distributed: East of the Rocky Mountains and on parts of the Pacific Coast

Comments: Highest risk of being bitten occurs in spring and summer 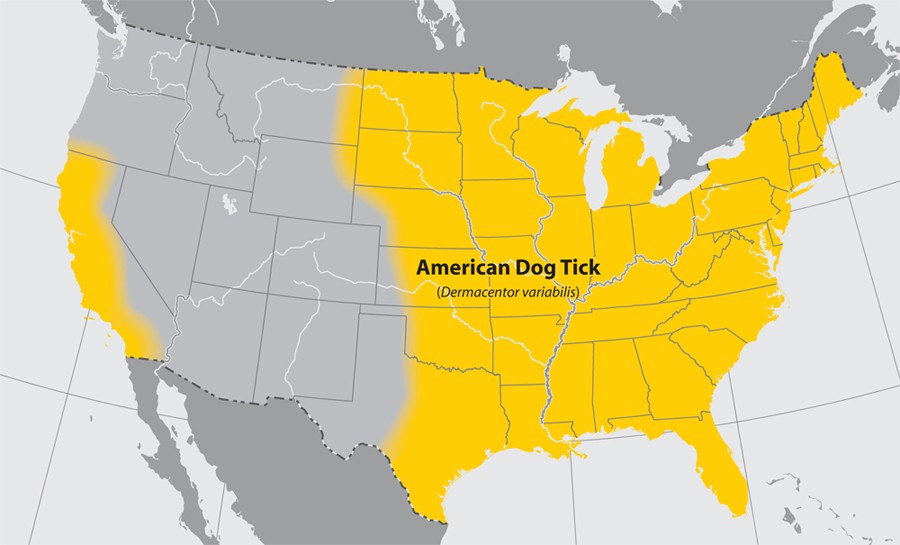 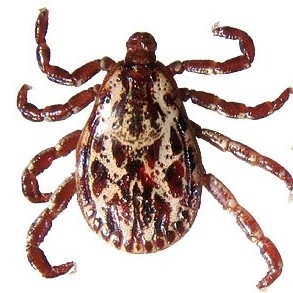 Comments: May bite humans any time of year that temperatures are above freezing 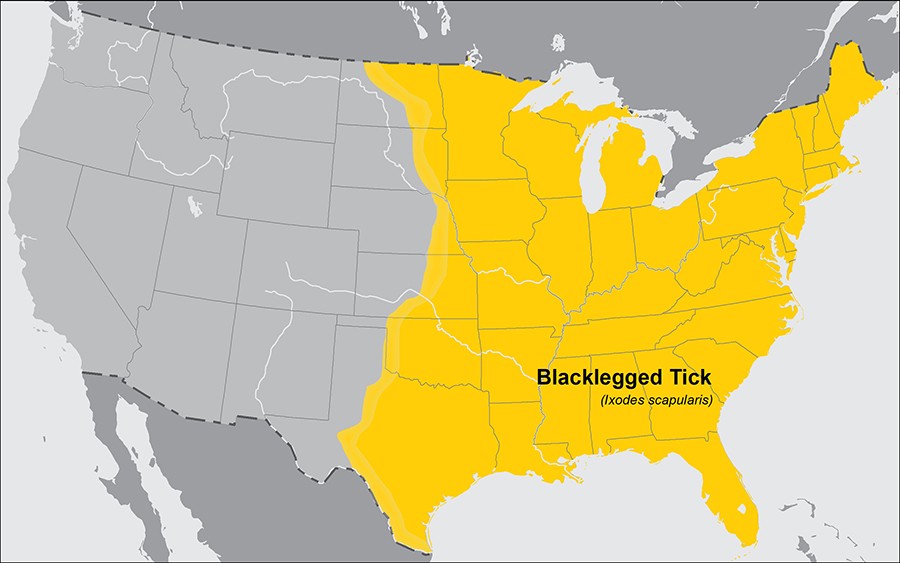 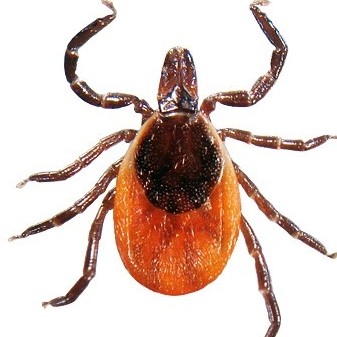 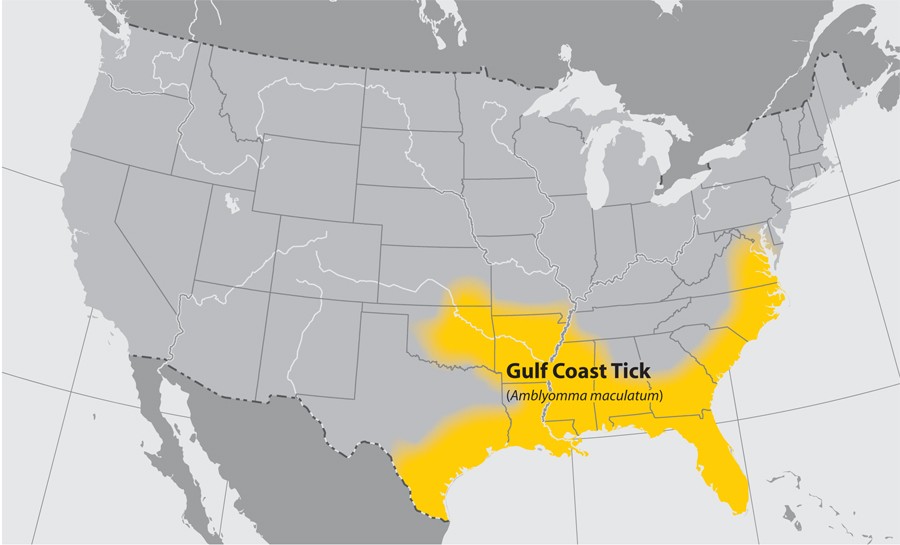 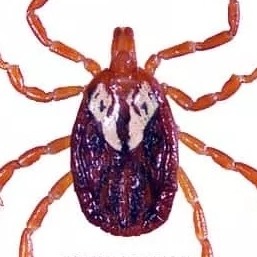 Transmits: Nothing that affects humans in the U.S.

Comments: Invasive species that can reproduce quickly and cause infestations 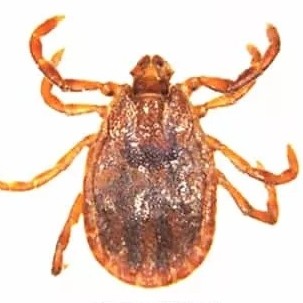 Comments: Primarily bites dogs, but can also bite humans or other mammals 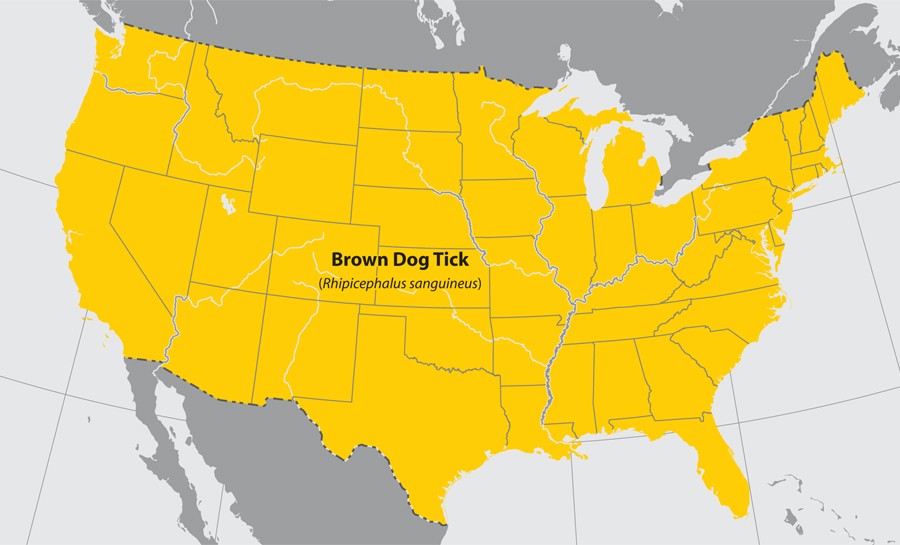 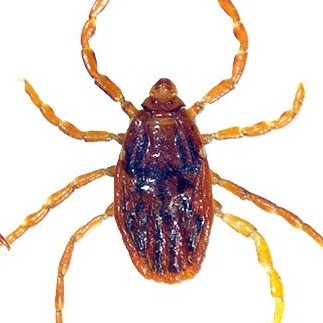 Comments: Very aggressive tick distinguishable by a white dot on the backs of adult females 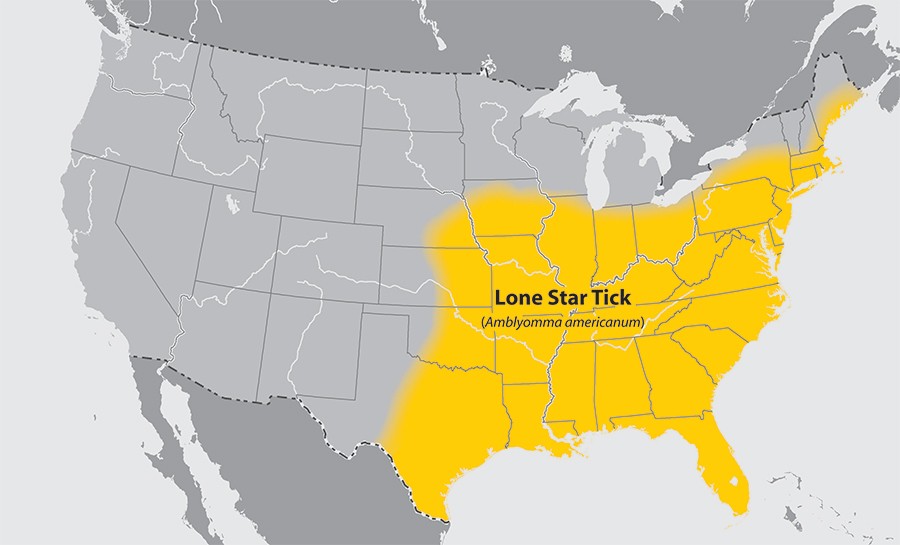 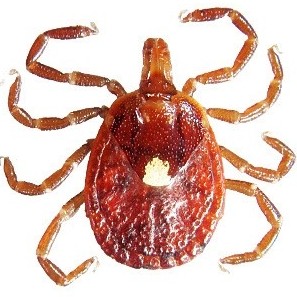 Where are These Ticks Located in Tennessee?

Generally, all of these tick species inhabit the same types of environments within our state. They are commonly found in wooded, brushy areas such as forests, and they can even be found in grassy fields or yards. In order to prevent getting bitten (and potentially contracting a tick-borne disease), always take the proper precautions when spending time outdoors in Tennessee.

The following map provides a general idea of where Ixodes ticks have and can be found throughout the state.