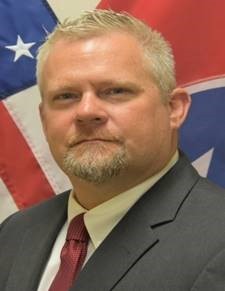 “Chad joined the OIG as a special agent and has clearly earned his promotion to head of the division,” Finance and Administration Commissioner Butch Eley said. “Their work to weed out TennCare fraud is crucial to maintaining the integrity of the healthcare program and with his background, I’m certain Chad will continue their success.”

Chad is a graduate of the Tennessee Government Executive Institute as well as the University of Tennessee Naifeh Center for Effective Leadership.

A native of Nashville, Chad and his family reside in Robertson County.

The OIG, which is separate from TennCare, began full operation in February 2005 and has identified and investigated more than 130,349 potential fraud cases leading to more than $9.2 million being repaid to TennCare. Anyone can report suspected TennCare fraud by calling toll-free 800-433-3982 or by logging on to www.tn.gov/oig/ and following the prompts that read “Report TennCare fraud.”