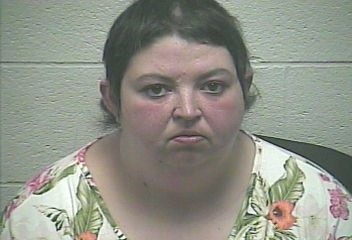 NASHVILLE – A woman in Athens, Alabama is charged with TennCare fraud and theft of property in Giles County, Tennessee, which is across the state line from Athens.

The Office of Inspector General (OIG), in a joint effort with sheriff's offices in Giles County, Tennessee and  Limestone County, Alabama, today announced  the arrest of 35-year-old Brittney Hensley.  Investigators allege that Hensley failed to inform TennCare that she moved out of state and continued to receive TennCare benefits for approximately four years and eight months, with TennCare paying more than $274,453.00 in fees and claims on her behalf.

“The Office of Inspector General will investigate any and all activity related to defrauding the TennCare program,” Inspector General Chad Holman said. “There are very specific rules and regulations that are set by TennCare and if left unchecked, taxpayers are on the hook for fraud committed against TennCare.”

The TennCare fraud charge is a class D felony, and the theft of property charge is a class A felony. The case is being prosecuted by District 22 Attorney General Brent A. Cooper, who serves Giles, Maury and Wayne Counties.

The OIG is separate from TennCare and was created to identify and investigate potential fraud among members of TennCare, which is funded by state and federal tax dollars. To date, 3181 have been charged with TennCare fraud.

The OIG’s “Most Wanted” list is online here and anyone with information about a wanted subject is urged to use the contact information on the page. Through the OIG Cash for Tips Program established by the Legislature, Tennesseans can get cash rewards for TennCare fraud tips that lead to convictions. Anyone can report suspected TennCare fraud by calling 800-433-3982, toll-free, or go to www.tn.gov/oig/ and following the prompts that read “Report TennCare fraud.”