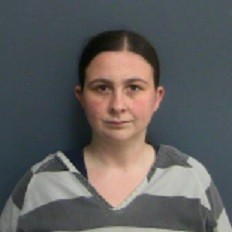 NASHVILLE –  A Sevier county woman is charged with TennCare fraud in connection with giving the state false information to access healthcare insurance benefits through TennCare.

The Office of Inspector General (OIG) today announced the arrest of 31-year old Cassondra Rickett of Pigeon Forge. She is charged with TennCare fraud, which is a class C felony and theft of services, a class D felony. Investigators allege that Rickett falsely reported custody of her daughter to receive TennCare benefits, resulting in TennCare paying $12,516.00 on Rickett’s behalf.

“Using the TennCare program in order to receive benefits that one is not entitled to will not be tolerated in the state of Tennessee,” Inspector General Kim Harmon said. “Our office appreciates General Dunn and his staff for their collaboration in preserving Tennesseans’ tax dollars.”

The case is being prosecuted by Fourth District Attorney General Jimmy Dunn.

The OIG, which is separate from TennCare, began full operation in February 2005 and has investigated over 5,760 criminal cases leading to more than $11.5 million being repaid to TennCare, with a total estimated cost avoidance of more than $163.8 million for TennCare, according to latest figures. To date, 3,132 people have been charged with TennCare fraud.