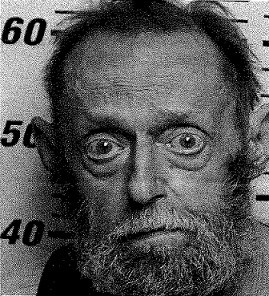 NASHVILLE – A man in Overton County is charged with TennCare fraud and theft of services for allegedly failing to report substantial property when applying for state and federal healthcare insurance benefits through TennCare and Medicare.

The Office of Inspector General (OIG), in a joint effort with the Overton County Sheriff’s Office, today announced the arrest of Joseph Jones, 68, of Hilham, Tennessee which is near Livingston. He is charged with  TennCare fraud, which is a class D felony and theft of services over $10,000 but under $60,000, a class C felony.

Investigators allege that Jones fraudulently failed to disclose all his assets and resources in his joint application for Medicare and Medicaid and as a result TennCare paid more than $13,894 on Jones’s behalf.

“The intentional omission of assets on an application for public health insurance benefits is a crime and will not be tolerated in Tennessee,” Inspector General Kim Harmon said. “The Office of Inspector General, in partnership with local law enforcement, works diligently to preserve these benefits for those rightfully qualified.”

The case is being prosecuted by District Attorney General Bryant C. Dunaway of Overton County.

The OIG, which is separate from TennCare, began full operation in February of 2005, and has investigated over 5,760 criminal cases leading to more than $10.8 million being repaid to TennCare, with a total estimated cost avoidance of more than $163.6 million for TennCare, according to latest figures. TennCare’s budget is comprised of both federal and state dollars: 65% and 35% respectfully. To date, 3,121 people have been charged with TennCare fraud.

Through the OIG “Cash for Tips” program, established by the legislature, Tennesseans can get cash rewards for TennCare fraud tips that lead to convictions.  Anyone can report suspected TennCare fraud by calling 1-800-433-3982, toll-free, or by logging on to www.tn.gov/oig/ and following the prompts that read “Report TennCare fraud.”