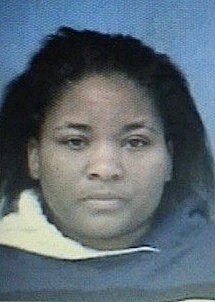 NASHVILLE – A woman living in West Memphis, Arkansas is charged with TennCare fraud and theft of property for allegedly reporting she and her six children still lived in Tennessee.

The Office of Inspector General (OIG), in a joint effort with the West Memphis, AR Police Department, today announced the arrest of 39-year-old Angelee Patterson. Investigators say Patterson was living in Arkansas when she reported a Tennessee address to the state, resulting in TennCare paying $82,512.04 in fees and claims on behalf of the family.

“TennCare benefits are designed to assist those who qualify and who reside within the borders of our great state,” Inspector General Kim Harmon said. “The Office of Inspector General strives to protect taxpayers’ hard-earned money by ensuring those committing fraud will face consequences, one being restitution to TennCare.”

The theft of property charge is a Class B felony and the TennCare fraud charge is a class D felony.  The case is being prosecuted by Shelby County District Attorney General Amy T. Weirich.