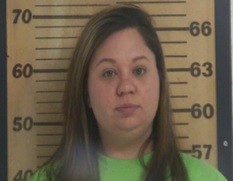 NASHVILLE – A Warren County woman is charged with TennCare fraud and theft of services for allegedly reporting false information to the state to obtain TennCare healthcare insurance benefits.

The Office of Inspector General (OIG), in a joint effort with the Warren County Sheriff’s Office, today announced the arrest of 30-year-old Jessica Tees.

Tees is accused of claiming to have custody of her children, which qualified her for TennCare, but investigators allege she lost custody of the children but continued to report them as dependents. As a result, TennCare paid more than $15,549.00 in fees and claims on her behalf.

“The TennCare program is designed to help those who rightfully qualify for benefits,” Inspector General Kim Harmon said.  “OIG’s mission is to identify and investigate TennCare recipient fraud which depletes TennCare resources.  Providing false information in order to receive TennCare benefits is clearly fraud and will not be tolerated in Tennessee.”

The theft of services charge is a class C felony and the TennCare fraud charge is a class D felony.  The case is being prosecuted by District Attorney General Lisa S. Zavogiannis, serving Van Buren and Warren Counties.