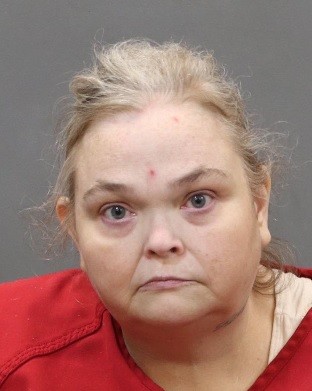 NASHVILLE - A Knox County woman who spent two and a half years on the TennCare fraud “most wanted” list has been booked for the crime.

The Office of Inspector General, in a joint effort with the Tennessee Department of Correction (TDOC) and the Knox County Sheriff, today announced the arrest of 50-year-old Deloris McClure. She’s charged with three counts of TennCare fraud in connection with doctor shopping, which involves visiting multiple doctors in a short period of time to obtain the same or similar prescription drugs.

Investigators allege that on three separate occasions within a 30-day period, McClure visited a medical provider seeking prescription pain medication, not revealing she’d recently received the same from another provider.

“The state of Tennessee with the help of our law enforcement communities has emphasized a concerted effort to prevent doctor shopping and to fight the opioid epidemic,” Inspector General Kim Harmon said. “The OIG would like to recognize the joint efforts of the Knox County Sheriff’s Office and the Tennessee Department of Correction in the effort to thwart individuals from abusing the TennCare program. Together, we work to keep prescription drugs from being diverted to the streets of our hometowns.”

TennCare fraud is a class D felony.  The case is being prosecuted by District Attorney General Charme P. Allen of Knox County.

The OIG, which is separate from TennCare, began full operation in February 2005 and has identified and investigated more than 130,349 potential fraud cases leading to more than $9.2 million being repaid to TennCare. In the fiscal year ending June 30, 2021 total estimated cost avoidance was more than $7.5 million, according to the latest figures. TennCare's budget is comprised of 65 percent federal and 35 percent state dollars.  To date, 3,144 people of been charged with TennCare Fraud.