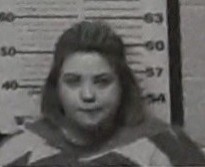 The Office of Inspector General (OIG) in a joint effort with the Carroll County Sheriff’s Office today announced that 35-year old Heather Cox of McKenzie, TN has been charged with TennCare fraud and theft of services.

Cox is accused of failing to report that she was married and living with her husband, as well as failing to report either of their incomes. As a result, TennCare paid more than $4,200 in fees and claims on behalf of Cox and her two children.

“TennCare is a great program that provides medical benefits to those in need,” Inspector General Kim Harmon said.  “Providing false information in order to meet the low-income thresholds for TennCare is a crime.  The Office of Inspector General works diligently to protect TennCare resources so they can provide for those truly deserving.”

Both charges are class D felonies.  The case is being prosecuted by District Attorney General Matthew F. Stowe of Carroll County.

The OIG, which is separate from TennCare, began full operation in February 2005 and has investigated more than 5,760 criminal cases leading to more than $10.8 million being repaid to TennCare, with a total estimated cost avoidance of more than $163.6 million for TennCare, according to latest figures. To date, 3,090 people have been charged with TennCare fraud.