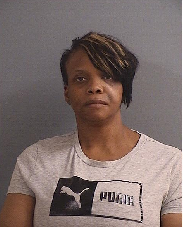 NASHVILLE, Tenn. – A Nashville  woman is charged with TennCare fraud in connection with prescriptions for controlled substances.

The Office of Inspector General (OIG) in a joint effort with Metro Nashville Police Warrant Division today announced the arrest of 38-year old Taborah Gray. She is charged with two counts of TennCare fraud, which is a class D felony.  Investigators say Gray stole a prescription pad along with the U.S. Drug Enforcement Agency number from her employer; and that she used them to pass two separate fraudulent prescriptions for the painkiller Hydrocodone. TennCare was used as payment at the doctor’s office and at the pharmacy.

“The TennCare program is designed to provide benefits for individuals that need the services and medications provided through the proper and legal avenues,” Inspector General, Kim Harmon said. “The OIG appreciates effort of the Metro Nashville Police Department in assisting in our continued collaboration to keep dangerous opioids off our local streets.”

If convicted Gray could face penalties of up to a maximum of 24 years in prison for the two counts of TennCare fraud. The case is being prosecuted by District Attorney General Ray Whitley of Sumner County.

The OIG, which is separate from TennCare, began full operation in February 2005 and has investigated cases leading to more than $3 million being repaid to TennCare, with a total estimated cost avoidance of more than $163.6 million for TennCare, according to latest figures. To date, 3,145 people have been charged with TennCare fraud.