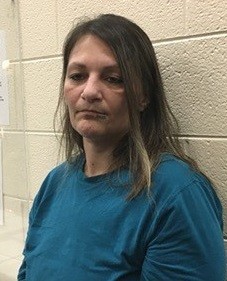 The Office of Inspector General (OIG) today announced the arrest of 39-year old Raquel Bousegard of Sevierville. She is charged with TennCare fraud, a class D felony.

Bousegard is accused of attempting to forge a doctor’s letter in order to obtain prior authorization for a prescription drug through TennCare.  She allegedly submitted the letter to TennCare during the appeal process, when it was found that the documents were not legitimate.

“The TennCare program is designed to provide benefits for individuals who need the services and medications provided through the proper and legal avenues,” Inspector General Kim Harmon said. “The OIG will continue to pursue those attempting to take advantage of our Medicaid system.”

The case is being prosecuted by District Attorney General Jimmy Dunn of Sevier County.

The OIG, which is separate from TennCare, began full operation in February 2005 and has investigated more than 5,760 criminal cases leading to more than $10.8 million being repaid to TennCare, with a total estimated cost avoidance of more than $163.6 million for TennCare, according to latest figures. To date, 3,097 people have been charged with TennCare fraud.