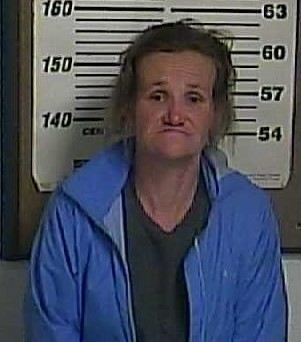 NASHVILLE, Tenn. -- A Hamblen County woman is charged in nearby Cocke County with doctor shopping for prescription drugs, using TennCare healthcare insurance benefits as payment for the pills – a crime she was convicted of in a previous case.

The Office of Inspector General (OIG), with the assistance of the Hamblen County Sheriff’s Department, today announced the arrest of Lisa Roberts, 41, of Morristown. She is charged with six counts of TennCare fraud by doctor shopping, which involves using TennCare to visit multiple healthcare providers in a short time period to obtain prescriptions – in this case, Lorazepam and Clonazepam. Both drugs are considered anti-anxiety mediations.

This is Roberts’ second arrest for TennCare fraud doctor shopping. She was also arrested in March of 2015 on four counts of TennCare fraud in Hamblen County and was convicted in July of 2016.

District Attorney General James Dunn is prosecuting. TennCare fraud is a Class D felony punishable by up to four years in prison.

The OIG, which is separate from TennCare, began full operation in February 2005 and has investigated cases leading to more than $3 million being repaid to TennCare, with a total estimated cost avoidance of more than $163.6 million for TennCare, according to latest figures.