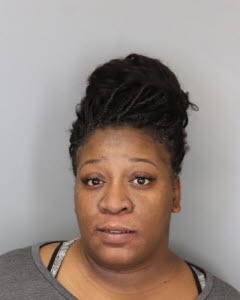 NASHVILLE, Tenn. –– A West Memphis, Arkansas woman is charged with TennCare fraud for falsely reporting that she was living in Tennessee in order to obtain healthcare insurance benefits from the program.

The Office of Inspector General (OIG), with the assistance of Shelby County Sheriff’s Department, today announced the arrest of Deniqueal S. Townsend, 34, of West Memphis, Arkansas. She is charged in an indictment with TennCare fraud and theft of property over $10,000. Authorities say she reported to the state that she lived in Tennessee when she was actually residing in West Memphis, Arkansas.

“TennCare benefits are reserved for residents of Tennessee, who have been helpful in identifying and pursuing these types of crimes,” Inspector General Kim Harmon said. “If you know of or suspect fraudulent use of TennCare benefits, contact the OIG hotline, 800-433-3982.”

District Attorney General Amy P. Weirich is prosecuting. TennCare fraud is a Class D felony punishable by up to four years in prison per charge. Theft of services over $10,000 is a Class C felony that carries a maximum sentence of six years in prison.

The OIG, which is separate from TennCare, began full operation in February 2005 and has investigated cases leading to more than $3 million being repaid to TennCare, with a total estimated cost avoidance of more than $163.6 million for TennCare, according to latest figures. To date, 3,072 people have been charged with TennCare fraud.