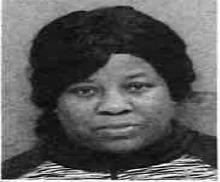 NASHVILLE, Tenn. –– A Hamilton County woman is charged with TennCare fraud in connection with using another person’s identity in order to obtain controlled substances.

The Office of Inspector General (OIG) with assistance from the Hamilton County Sheriff’s Office, today announced the arrest of Angela Walton, 50, of Chattanooga. She’s charged in a Hamilton County indictment with TennCare fraud for allegedly filling a prescription for a deceased TennCare enrollee, receiving pharmacy benefits she was not entitled to receive.

“TennCare healthcare insurance benefits are reserved for Tennesseans who are truly in need and this type of abuse isn’t tolerated,” Inspector General Kim Harmon said. “We appreciate the healthcare providers, law enforcement officers and citizens who provide information about TennCare fraud.”

District Attorney General Neal Pinkston is prosecuting. TennCare fraud, obtaining a controlled substance by fraud and identity theft are all Class D felonies punishable by up to four years in prison per charge.

The OIG, which is separate from TennCare, began full operation in February 2005 and has investigated cases leading to more than $3 million being repaid to TennCare, with a total estimated cost avoidance of more than $163.6 million for TennCare, according to latest figures. To date, 3,073 people have been charged with TennCare fraud.