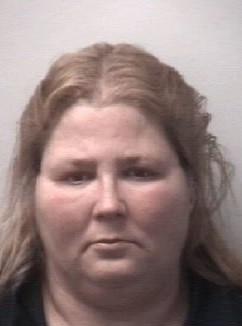 NASHVILLE, Tenn. – A Weakley County woman is charged in nearby Madison County with TennCare fraud involving doctor shopping, which involves fraudulent use of the state’s healthcare insurance program to obtain controlled substances.

The Office of Inspector General (OIG), with the assistance of the Madison County Sheriff’s Office, today announced the arrest of Tina Mays, 44, of Gleason. She is charged with four counts of fraudulently using TennCare to visit multiple doctors to obtain prescriptions for the painkiller Hydrocodone.

“Tennesseans won’t stand for TennCare resources to be used to fuel the opioid crisis,” Inspector General Kim Harmon said. “The Office of Inspector General works diligently with other state and local agencies to deter prescriptions being diverted to the streets.”

TennCare fraud is a Class D felony carrying a sentence of up to four years in prison per charge.  District Attorney General Jody Pickens is prosecuting.

The OIG, which is separate from TennCare, began full operation in February 2005 and has investigated cases leading to more than $3 million being repaid to TennCare, with a total estimated cost avoidance of more than $163.6 million for TennCare, according to latest figures. To date, 3,068 people have been charged with TennCare fraud.