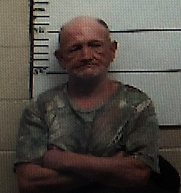 Nashville, Tenn. – A Morgan County man is charged with TennCare fraud in an indictment accusing him of selling prescription painkillers paid for with TennCare benefits.

The Office of Inspector General (OIG), in a joint effort with the Morgan County Sheriff’s Department, today announced the arrest of 51-year old Michael L. Phillips of Wartburg, Tennessee. He’s charged with TennCare fraud after investigators say he used TennCare and Medicare to obtain a prescription for 120 oxycodone tablets, then sold a portion of the prescription on the same day.

“The OIG appreciates local law enforcement in our continued collaboration to fight the opioid epidemic in the state of Tennessee,” Inspector General Kim Harmon said. “Together we work to keep prescription drugs from being diverted to the streets of our hometowns.”

If convicted, Phillips could face penalties of up to 12 years in prison for TennCare fraud, which is a Class D felony.  The case is being prosecuted by District Attorney General Russell Johnson. .

The OIG, which is separate from TennCare, began full operation in February 2005 and has investigated over 5,760 criminal cases leading to more than $10.8 million ordered in restitution to TennCare.  This has helped lead to a total estimated cost avoidance of more than $163.6 million for TennCare, according to the latest figures. To date, 3,127 people have been charged with TennCare fraud.