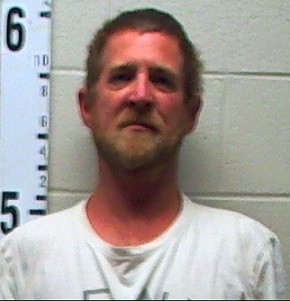 Nashville, TN. – A Tipton County man is charged with TennCare fraud and theft of services in connection with unlawfully obtaining benefits through the state’s healthcare insurance program.

The Office of Inspector General (OIG), in a joint effort with the Tipton County Sheriff’s Department, today announced the arrest of Michael Champagne. He’s charged with one count of obtaining benefits through TennCare despite not qualifying for the state health insurance program, and one count of theft of services over $10,000.

“The TennCare program is designed to provide benefits for the residents of Tennessee who rightfully qualify,” Inspector Kim Harmon said.  “The Office of Inspector General has demonstrated a proven commitment through our diligent investigation process to ensure that our taxpayer’s money is being used properly. It is our duty to ensure that those who choose to commit fraud will be sought out and prosecuted.”

If convicted, Champagne could face penalties of up to a maximum of 27 years in prison for all charges. TennCare fraud is a Class D felony and theft of services is a Class C felony.  The case is being prosecuted by District Attorney Mark Davidson .

The OIG, which is separate from TennCare, began full operation in February 2005 and has investigated more than 5,760 criminal cases leading to more than $10.8 million in restitution being ordered to TennCare and a total estimated cost avoidance of more than $163.6 million, according to latest figures. To date, 3,128 people have been charged with TennCare fraud.

Through the OIG Cash for Tips Program established by the Legislature, Tennesseans can get cash rewards for TennCare fraud tips that lead to convictions.  Anyone can report suspected TennCare fraud by calling 1-800-433-3982, toll-free, or by logging on to www.tn.gov/oig/ and following the prompts that read “Report TennCare Fraud.”