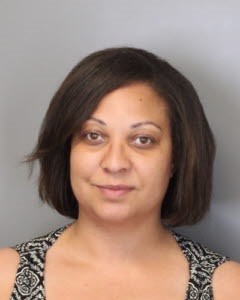 NASHVILLE, Tenn. – A Mississippi woman is charged with TennCare fraud for falsely reporting her residence in order to obtain benefits from TennCare, the state’s taxpayer-funded healthcare insurance program.

The Office of Inspector General (OIG), with the assistance of the U.S. Marshal’s Gulf Coast Regional Fugitive Task Force and the Shelby County Sheriff’s Office, today announced the arrest of Cheri Cavitt-Burks, 35, of Southaven, Mississippi. A Shelby County indictment charges Cavitt-Burks with TennCare fraud and theft of services over $250,000. The charges say she fraudulently reported her residency as Tennessee and her family composition in order to appear eligible for TennCare, when she actually lives in Southaven, Mississippi.

"Lying about one’s residence in order to receive TennCare benefits is a crime we pursue on a daily basis,” Inspector General Kim Harmon said. “We work diligently to preserve TennCare benefits for its intentional use. We welcome information of anyone abusing the system.”

The OIG, which is separate from TennCare, began full operation in February 2005 and has investigated cases leading to more than $3 million being repaid to TennCare, with a total estimated cost avoidance of more than $163.6 million for TennCare, according to latest figures. To date, 2,988 people have been charged with TennCare fraud.