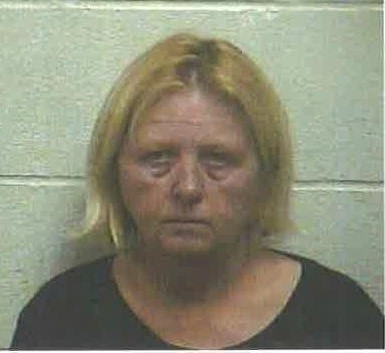 NASHVILLE, Tenn. – A Lawrence County woman is charged in Giles County with doctor shopping for prescription drugs, using TennCare as payment for the pills.

The Office of Inspector General (OIG), with the assistance of the Lawrence and Giles County Sheriff’s Offices, today announced the arrest of Sylvia Dale Gaines, 53, of Lawrenceburg. She is charged with two counts of TennCare fraud using TennCare to obtain the painkillers Hydrocodone and Demerol by going to multiple doctors within a 30-day period for the drugs.

“Going from doctor to doctor to get prescriptions for drugs is a crime,” Inspector General Kim Harmon said. “It is fortunate that Tennessee has laws to support law enforcement so we can stop people using TennCare to obtain opioids and other drugs.”

District Attorney General Brent Cooper is prosecuting. TennCare fraud is a Class D felony punishable by up to four years in prison.

The OIG, which is separate from TennCare, began full operation in February 2005 and has investigated cases leading to more than $3 million being repaid to TennCare, with a total estimated cost avoidance of more than $163.6 million for TennCare, according to latest figures. To date, 2,981 people have been charged with TennCare fraud.