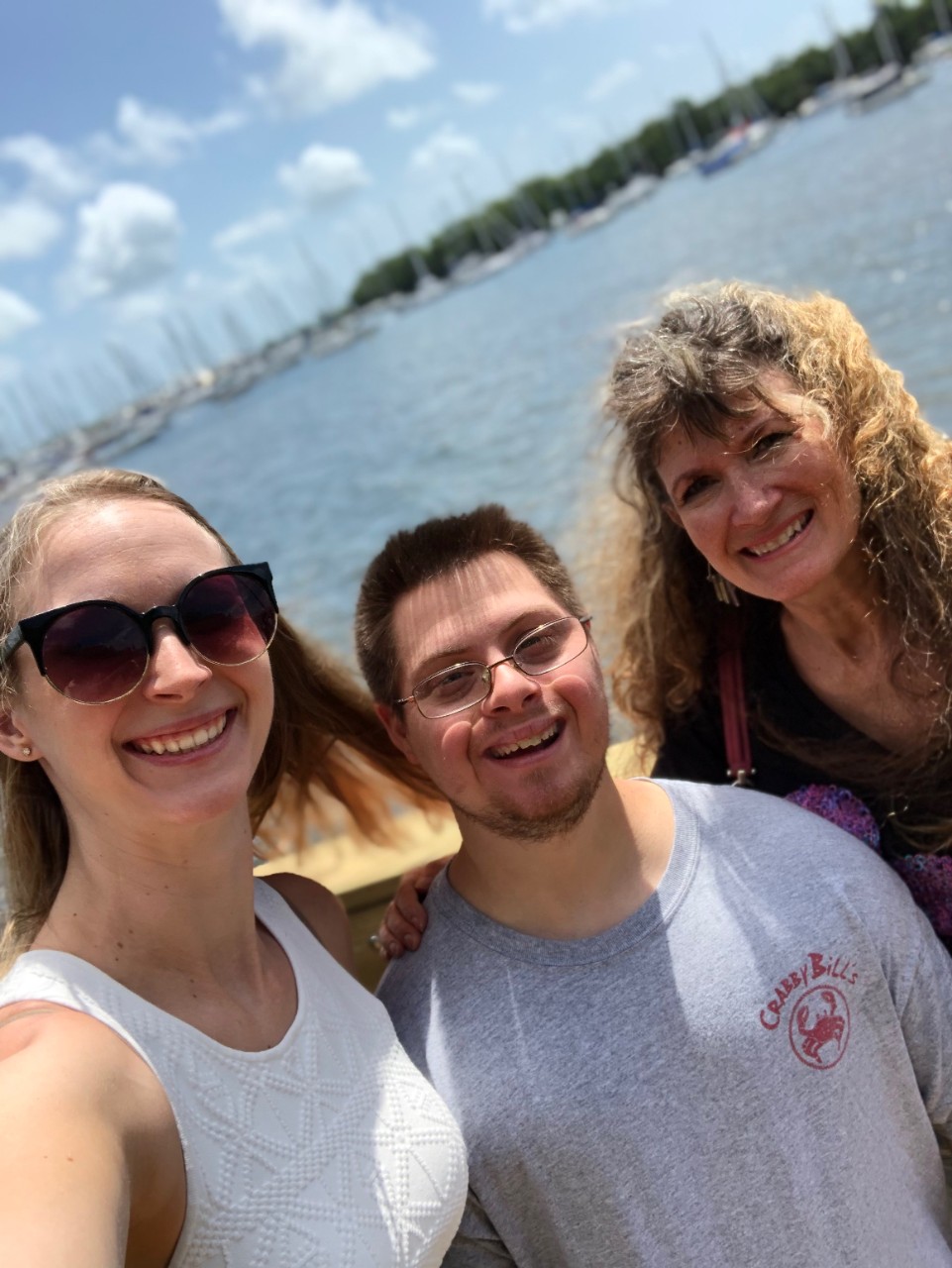 As parents of children and adults with disabilities, we spend a lot of time dealing with things we consider essential, like education, services, and medical care. The list goes on and on, as do the books, workshops, and materials you can find on those subjects. But there is one important area in anyone's life that does not get much attention: RELATIONSHIPS. While everyone has to deal with relationship issues, our kids have some different challenges in this area. If we just put our heads in the sand because there are so many other urgent things to take care of, we are doing them a disservice.

We need to SUPPORT our children in their relationship choices, rather than create relationships for them and run those the way we think they should run. If we truly want our children to achieve as much independence as possible, we need to let go and trust our adult or near-adult sons and daughters to be in the driver’s seat while we give some guidance, rather than taking over the wheel. Scary prospect? Sure. But if you are reading this magazine, odds are good you already have a commitment to empowering people who live with challenges to be as independent as possible. This article is about trying to walk that walk.

Relationships DEFINE life. Our relationships make us the humans we are. From the time someone first told us they suspected our child might have a disability, the whole family entered a world filled with relationships that are completely alien to people that live solely in “typical world”. Some may look the same, like relationships with other parents, teachers, and medical personnel. But even those connections, in our world, can take on a more challenging aspect.

But those are not the associations we’re discussing here. I am talking about our adult children's social and dating relationships. While they have the same need for companionship as others, intellectual, communication, and emotional issues can interfere with their ability to fulfill those needs. We as parents should step up to provide guidance, yet resist that urge to direct who they should see and how they should conduct their friendships.

My son, Chris, recently had his first girlfriend, Karrie. He has wanted a girlfriend for years, but was too shy to ask a girl out. That can be a pretty significant stumbling block. I tried to encourage him to ask this or that young lady out. I tried to get him to practice asking for a date, but that is not something a young man wants to do with his mother. He had a male mentor that worked with him through a state program. Chris saw him as a friend, and would listen to and practice with him, but shifting those skills to real life was not easy. However, for those searching for strategies for a child with similar issues, I recommend finding a same-sex peer that your child considers a friend, to talk with them and maybe practice some ways to start conversations.

Here’s another suggestion for helping your child tiptoe through those first steps of a romantic friendship: if you have organized social activities for young adults with disabilities in your community, you might suggest they consider a Sadie Hawkins dance, where girls ask the guys to dance. From what I’ve seen, many young ladies are more social and more open to social interaction. An activity that not only allows but requires them to take charge on this could be good for both. If your community does not have such events, try approaching some groups to see if they would consider taking that on. Chattanooga's Therapeutic Recreation division of Parks and Recreation runs a “Chillin' Like Villains” social group for young adults that meets once a month. It is a wonderful opportunity! Let's face it: once school is done, many social opportunities end. Sports and the group Best Buddies also allow young adults to mix and mingle in a relaxed social setting.

When Chris and Karrie first met, she walked right up to him, took his hand, and declared he was her “Tennessee boyfriend” (since at the time she lived in a different state). An assertive girl was exactly what he needed. Her mother, Sue, and I did what we could to both promote the relationship and allow them some privacy. Again, Chris's support worker through Employment and Community First CHOICES was a wonderful asset. He practiced with Chris certain social aspects - conversation, holding the door, standing if she left the table to be polite, and the like. He drove them to a dinner date and sat at a different table, so that they could be in their own space. We planned events where they could be together with us nearby – going out to eat, exploring Chattanooga's attractions, visits at home.

Had they wanted more independence from us, we would have arranged it, but Sue and I were relieved the relationship was proceeding at a very slow pace. However, that is not always the case. Some parents have to learn early on how to discuss appropriate public behavior, which can be an uncomfortable conversation. Again, peers can be very helpful in this regard. Rather than a discussion, peer modeling can provide an easier and more effective lesson. Suggest an occasional double date to a friend or even sibling whose behavior would provide a good model. Movies or television shows are often where our kids learn “acceptable” social behavior, so it’s a good idea to be aware of what media is playing in your home and, if necessary, steer away from shows that might be sending the wrong message, or discuss the parts that are problematic.

Things between Chris and Karrie were rosy for several months, but every rose, as they say, has its thorn. Some of their personality differences and aspects of their disabilities made it difficult for them to be happy together. Eventually, Chris decided he needed to end the relationship. Of course, it would be easier for all of us if we could just say, “Mom, handle this for me,” but part of the growing up process is learning how to handle those sticky situations. As parents in general, and particularly as the parent of someone with an intellectual disability, we want to protect them from pain. But if we are serious about this independence thing, we’ve got to let go.

What can we do to support them? We can be there to listen. We can be there to offer advice. But our kids with disabilities may be less likely to say they want advice. They are also more likely to take our advice as commands, so we have to tread carefully through that minefield. The best way to do that is to be willing to listen, and to talk, even if it means having the same conversation over and over. Sometimes, I don't know if Chris is asking me the same thing 15 times because he didn’t understand what I said, or that he was hoping for a different answer! The emotional complexity of a breakup paired with the difficulty of grasping complex social norms make these more challenging lessons. Yet they are important lessons that will help them lead a healthy and full life.

Hopefully this article has given you some food for thought, and perhaps some tools along the way. So buckle up; if you have a teen or young adult heading down the path of romantic relationships, it can be a bumpy but exciting ride!